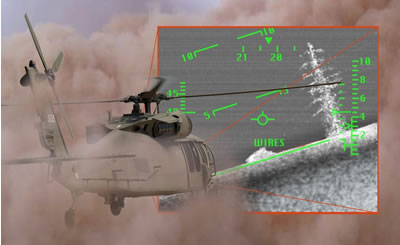 Prototype obstacle warning radar, developed at BAE Systems has completed flight testing on a helicopter. The system can operate under all-weather conditions, identifying cables and other obstacles, indicating the pilot the precise altimeter information necessary to negotiate the obstacle through combat flight maneuvering. The system detects cables and other obstacles using low-probability-of-intercept, low-probability-of-detection radar technology.