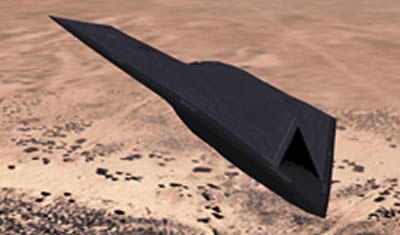 U.K. Defence Minister Lord Drayson has awarded a £124millon contract to BAE Systems to develop a new Unmanned Combat Aerial vehicle (UCAV) technology demonstrator known as ‘Project Taranis’ (named after the Celtic god of thunder). About the size of a BAE Systems Hawk, the 8 ton autonomous stealth plane will be built by an industry team led by BAE systems including Rolls-Royce, QinetiQ, and Smiths Aerospace. Taranis will be designed for autonomous recce and attack missions. Ground testing of Taranis are scheduled for in early 2009, at BAE Systems test facility at Woomera, Australia. The first flight trials taking place in 2010. According to Aviation Week’s London correspondent, Douglas Barrie, this TDP could lead to a decision to field a deep strike UCAV by 2018-20. Aviation Week also reported the TDPwill likely be powered by a Rolls-Royce Adour 951 engine.

The four-year Taranis project is part of the UK Government’s Strategic Unmanned Air Vehicle (Experimental) Programme [SUAV(E)]. Taranis is jointly funded by the UK MoD and UK industry, and will bring together a number of technologies, capabilities and systems to produce a technology demonstrator based around a fully autonomous intelligent system.

The Technology Demonstration Vehicle (TDV) will utilize off the shelf technologies, including Signature Integration, Air Vehicle Performance, Vehicle Management, Command Control, Sensor Integration, Communications Integration and Payload Integration. While it is not intended to actually drop weapons, the TDV systems will emulate weapon release as part of the flight testing, representing a typical mission scenario. According to Aviation Week, the UCAV will have two internal weapons bays and an optional fit of electro-optical and radar sensors. Along with conventional weaponry the air force is also looking at the UCAV as a platform for directed-energy systems – laser or high-power microwave Mark Kane, managing director of Autonomous Systems & Future Capability (Air) for BAE Systems, said: “Taranis will make use of at least 10 years of research and development into low observables, systems integration, control infrastructure and full autonomy. It follows the completion of risk reduction activities to ensure the mix of technologies, materials and systems used are robust enough for the ‘next logical step’. These risk reduction activities include the Replica program, jointly funded with the MoD and the MoD funded ‘Nightjar’ program, building on and using the technologies and systems trialed in previous demonstrators such as Kestrel, Corax, Raven and HERTI. It is an important part of our future.” The Replica program had the objective of supporting the development of a UK capability to provide a survivable, affordable and supportable air platform to meet perceived Royal Air Force and Royal Navy requirements beyond current programs. Replica resulted in the production of a full scale Model of a radar signature controlled aircraft configuration, with key features representative of a flying integrated weapon system, which was then taken through a rigorous test program. A key aim of the Replica program was to demonstrate Low Observable (LO) technologies in a low cost design and production environment, using paperless aircraft processes. The Nightjar program is an example of the technology programs which are being exploited in this program. The program has played a crucial part in increasing the UK’s knowledge and understanding of how to design and manufacture future air vehicles. The aim of the Nightjar program was to explore the integration of new airframe features, which could be critical for the future of air vehicle design. The program provided stepped increases in valuable data on issues surrounding design, aerodynamics, manufacturing and in-service performance limits. The Raven program has already successfully demonstrated some of the key technologies required for the program. It was run in the BAE Systems Advanced Technology Demonstration Centre at Warton during 2003/4 and in ten months was taken from concept to first flight. The system was targeted at demonstrating flight control and autonomous system functionality along with ‘rapid prototyping’ techniques and capabilities.