The units are being equipped with the Thales MBITR which operates with both JTRS and legacy systems. These radios operate effectively in open terrain, heavy vegetation and urban environments. Individual radios are also being replaced, with IISR raios replacing the older Personnel Role Radios. In total, 704 units will be provided to each battalion. Using personnel role radios proved problematic when utilized in voice operatiod transmit (VOX) mode, as the radio would automatically burst into transmission during firefights, rendering actual voice messages incomprehensible. A solution to this problem was provided by the QuietPro headset system fielded in 2006, which controls two radios simultaneously while providing hearing protectin.

The future operating concept highlights Enhanced / Distributed Operations capability, enabling the marine unit to control and dominate a larger area. To support enhanced capabilities the corps is considering deploying units with flexible logistic systems known as “platoon in a box”, containerized, mission configurable logistics and supply package that can sustain the unit for long periods, with minimum additional support.

Richter considers placing more experienced Non Commissioned Officers (NCO) in key positions in the squad and platoon as essential to meet the new capability. Embedding intelligence cells at Forward Operating Bases (FOB) and company or platoon formations is also necessary to generate more targets and facilitate area dominance. Such activities are already underway using simple and available means, such as the deployment of four digital cameras to each squad, enabling troops to collect intelligence while on routine missions and process it on image enhancement gear while at the FOB.

Patrols carry such ‘point and shoot’ cameras, or more advanced digital SLR cameras, capturing snapshots of routine scenes or more specific images of potential objectives, all could provide intelligence value. Images are taken under any lighting conditions, even inside dark rooms, and are later enhanced to extract relevant data. “200 digital cameras in the battalion become a powerful visual intelligence asset that must be managed effectively” adds Richter.

With the growing dependence in electronic equipment, power becomes the most critical issue in combat planning, representing a significant load factor for the dismounted marine. “The corps will not reduce weight in the near future, but can certainly improve ergonomics so that carrying the weight will be more comfortable.” said Richter. The US Marines do not consider excessive weight as a problem, since there is not much room to reduce weight loads, they are looking at ergonomic solutions to improve the distribution of load over the warfighter’s body.

“Historically, weight has been a percentage of body weight. However, usually those limits are exceeded.” Said Richter. He said that the Marines are planning to evaluate a new method of weight objectives, based on weight and ergonomics needs to be used. The study will determine what weights and issues are affecting the soldier’s accomplishments of various combat tasks, as well as evaluating how new or conceptual equipment and ergonomics (such as location of equipment, use of solid or flexible armor etc.) could mitigate weight problems. “Besides weight, the volumetric issue is also important, as it affects the soldier’s performance in confined spaces, such as indoors, inside a vehicle or aircraft” Richter added. 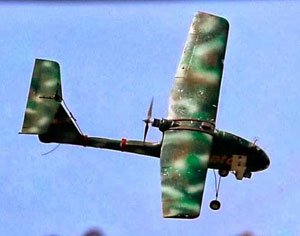