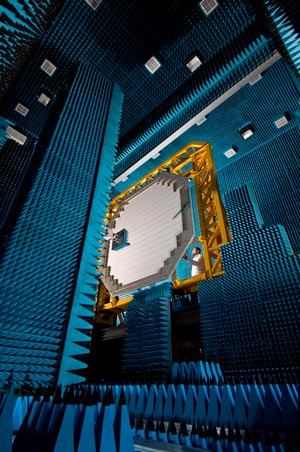 The MF-STAR is a multi-function S-band solid-state active conformal phased array radar system for the new generation of military ships. As the ship’s primary sensor the radar provides 3D long-range air surveillance. At medium range it will automatically track and classify threat and simultaneously, search the horizon for potential missile threats. In parallel, it supports multiple engagements by offensive and defensive weapons. Designated EL/M-2248 the radar system delivers high quality arena situation picture and weapons support, under the toughest target/environment conditions in the existing and future naval arena.

This radar is currently under development, in anticipation for fielding with the Israel Navy next generation Saar 5+ corvette as well as with other modern vessels, planned for procurement or upgrading by foreign navies. The system is integrated as part of the advanced version of the Barak missile known as Barak-NG and Indian MR-SAM (also designated as Barak 8).