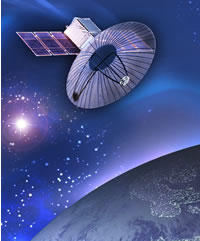 IAI established contact with the satellite 80 minutes after the launch. After confirming the satellite is in orbit and its systems are healthy, IAI’s engineers began an extensive series of systems testing which could take several weeks. IAI expects to receive initial SAR images from the satellite within 14 days. TECSAR is one of the world’s most advanced SAR satellites, providing high resolution SAR images regardless of the visibility condition, in day, night and through clouds. The new satellite will increase Israel’s surveillanve capability by ‘opening the night’, increasing ‘target revisit’ rate, overcoming enemy concealment and deception techniques, combining a target profile from multiple, discrete sensors.

The successful deployment Israel’s TECSAR will also promote the cooperation between Northrop Grumman and IAI, initiated in April 2007. The companies announced an exclusive teaming agreement to provide a responsive, cost-effective, space-based SAR capability to the U.S. government based on IAI’s multi-mode X-band radar imaging satellite known as Trinidad. This satellite, based on TECSAR design, can be manufactured in about 28 months and held in storage for launch on a 30-day call-up.

“We are confident that the high resolution imagery provided by Trinidad can become an important part of the U.S. inventory, providing global awareness,” said Jeff D. Grant, vice president and general manager of the company’s National Systems Division. “Northrop Grumman is ready to quickly deliver Trinidad to help the U.S. gain a more complete picture of the threats we face today on a global scale.”