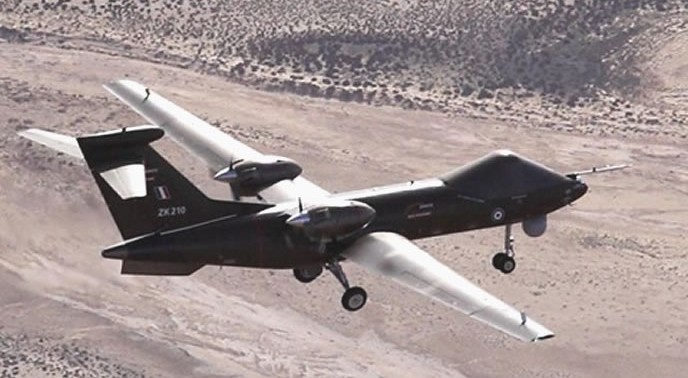 BAE Systems has successfully flown the Mantis, largest fully autonomous unmanned aircraft ever to be built in the UK. The first flight took place October 21, 2009 in Woomera, South Australia. During subsequent flights, the twin-engine Mantis successfully completed a series of trials demonstrating the capability of the system and the potential of large unmanned systems to support future UK Ministry of Defence (MOD) operational needs. The trials have concluded the 19 month technology demonstration program, funded jointly by UK MOD and UK Industry. 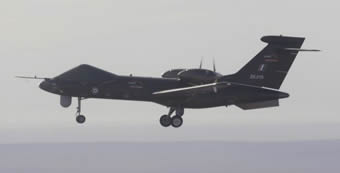 The 20 meter wingspan Mantis is BAE Systems’ first all-electric aircraft. The system is intended to be easily deployable and can be broken down to fit into a military transport aircraft. Mantis is designed to be quickly reconfigured by introducing mission-specific “plug and play” elements in the mission system, and the ability to carry a wide range of sensors.

The Mantis will be able to carry multiple payloads performing wide area (radar, panoramic cameras) and narrow field (stabilized EO) payloads, performing intelligence gathering at long distances. In addition, it will be able to carry guided bombs and missiles for hunter-killer, interdiction or close-air support operations. The air vehicle is designed for fully autonomous operations, being able to execute its mission with a much reduced need for human intervention by understanding and reacting to its environment.

Such autonomy increases operational effectiveness allowing the user more focus on the mission without the usual concerns over vehicle control. It also reduces manpower requirements and the risk of accidents due to human error and the communications/data link requirements between the vehicle and the ground. Mantis shares a common UAS control infrastructure with other BAE Systems UAS’ such as Taranis and Herti. BAE partners on the program include Rolls-Royce, Qinetiq, GE Aviation, Meggit and Selex Galileo.

Originally BAE Systems and MOD were hopeful that the program could be continued further to demonstrate more of the operational capabilities, however, due to the budgetary shortage and the fact that the Reaper has already been fielded with the RAF, the chances of Mantis being funded through the full scale development and fielding is remote. Yet, the ability to fully integrate the UAV with the UK’s C4I infrastructure could significantly enhance the British sovereign operational capabilities. Sharing a common UAS control infrastructure with other BAE Systems UAS, such as Taranis and HERTI is also a strong supporting argument for further fulfillment of the potential offered by the Mantis.