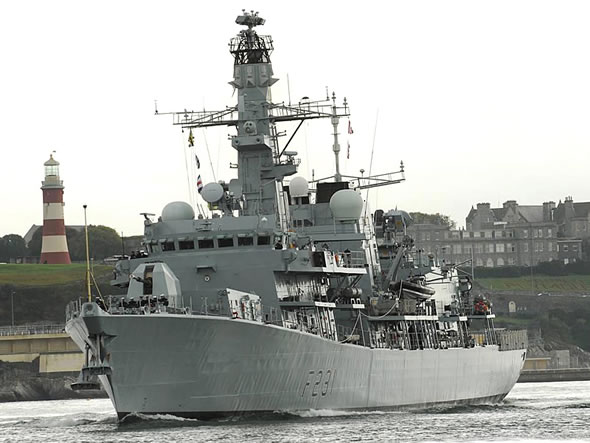 After a 13 months makeover in Rosyth, HMS Argyll, the Royal Navy’s oldest Type 23 Duke Class frigate is back in service following a £20m, year-long refit (The Argyll was commissioned in 1991). Through this major refit the frigate received the latest version of the Seawolf air defense missile system, a new command system, one new main gas turbine, two generators, and the MOD’s latest e-mail and internet system, DII(F). The vessel began to ‘crew up’ in earnest in May 2010 – four months before her refit was due to conclude. In the past months the crew went through extensive training, preparing them for the missions ahead.

A large part of the training consisted of simulated battles on a daily basis, whether externally with enemy missiles, aircraft, ships and submarines, or internally with fires, floods and machinery breakdowns – most of which occurred simultaneously on Thursdays in the infamous ‘Thursday War’. The final phase of training was specific to the role that Argyll will perform for real towards the end of the year when she deploys east of Suez on maritime security patrols.