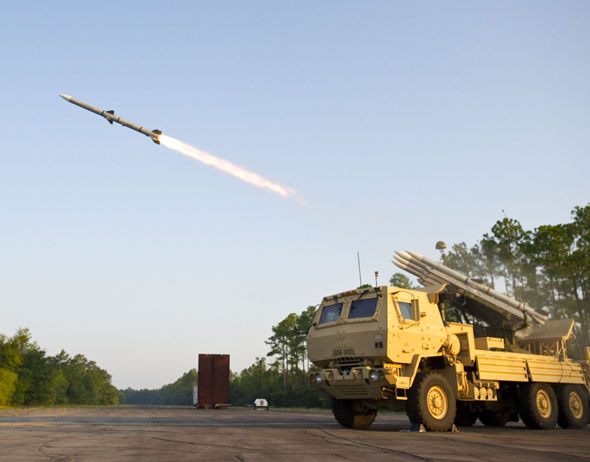 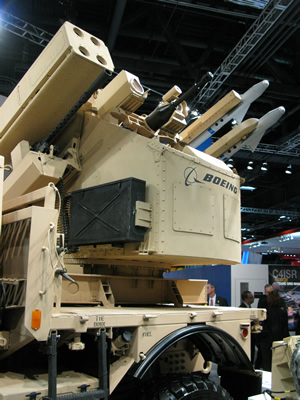 A larger version of the Avenger, mounting two AIM-9X and four Stinger missiles was displayed at the AUSA 2010 exhibition, mounted on an M-ATV vehicle. Photo: Tamir Eshel, Defense Update

The announcement did not specify what platform will carry the SL-AMRAAM or, if it will be integrated on the Avenger system or operated independently on other launchers not listed in the package.

Raytheon has originally developed the SL-AMRAAM system for the U.S. Marine Corps. After the corps cancelled the program SL-AMRAAM caught the interest of the U.S. Army, specifically, the AIr National Guard, which considered it a viable path for the Avenger upgrade. Despite this interest, in January 2011 but the program was terminated, but funding was provided to complete development and testing, maintaining the system for emergency operational capability and supporting export sales.

In 2008 the DSCA announced the UAE expressed interest in buying Avengers and 288 SL-AMRAAM air defense weapons for $445 million. the UAE would have been the first customer of the system. No platform for the SL-AMRAMs was mentioned in this announcement either.

Earlier this year Raytheon has demonstrated the SL-AMRAAM capability to intercept a cruise missile, addressing one of the concerns of the Gulf states (UAE and Oman) seeking effective defenses against Iranian cruise missiles.

While the Boeing Company is the prime contractor of the Avenger system, Raytheon will be the largest beneficiary of this package, providing the two types of interceptors, as well as the software and hardware for the radar and fire control systems.