Earlier this month the U.S. Army Intelligence and Security Command activated the 780th Military Intelligence Brigade, with two battalions – Fort Meade located 781st MI Battalion and the 782nd MI, located at Fort Gordon, Ga. The new brigade will support the U.S. and Army Cyber Commands conducting signals intelligence, computer network operations, and when directed, offensive operations, in support of DOD, Army and interagency operations worldwide, while denying the same to its adversaries.  The intent is to support General Keith B. Alexander, commander of USCYBERCOM and director of the NSA.

This ceremonial activation in the U.S. underscores the quiet building of cyber units throughout the world. Is this mobilization of cyber soldiers changing world military culture? I, for one, say “yes”. Cyber soldiers will eventually become a familiar sight on all and every battle front to ensure smooth bug free operation of command and control combat capabilities during the next war. Every commander will be able to act and react after almost simultaneously advising with the cyber soldier as to virtual scenarios and real-time system attack and defense.

For instance, consider the media presumption that a UAV – RQ-170 Sentinel drone fell from the sky intact and into the hands of the Iranian revolutionary guard, who proudly displayed their cyber “coup”. It is presumed that among other reactive measures, U.S. cyber soldiers immediately were sent to work with the manufacturer of the drone to prepare for attack by Iranian malware. Such malware can be more easily developed now that the actual electronic and computer system is in Iranian possession. It is technically and financially unreasonable to assume that the top secret MTCR rated technology can be easily and quickly substituted, so theoretically, the Iranians can develop malware aimed at changing the operating or attack functions of the UAS, which could cripple troops on the battlefield. In this scenario, cyber soldiers would be ready to repair any battlefield attack on equipment or make a preemptive strike on the enemy systems.

Considering that the internet made its first public appearance not long ago, in the 1980s, it is astonishing how fast we have arrived at “Star Trek” like enemy computer attack events. Was Lt. Uhura, originally a communications officer from a 1960 television program, the precursor of the current C4ISR expert and cyber soldier? In Star Trek, due to her technical and computing capabilities, she proved indispensable in most of the episodes against sophisticated and complex enemies who mostly used malware or mechanical or robotic intelligence to attack the Federation allies. If we look at literature and films from the 1940s and on, man has always been fascinated with the power of computers against man. Current real life warfare pits man against man with the added advantage of computer war in Cyberspace.

The origin of the word “Cyberspace” is cybernetics and space. There, however, is no uniform definition. One pictures a space composed of electronic data or electric nerve-like impulses. The cyber soldier exists in this complex battlefield, where the enemy is everywhere and nowhere, and he/she is trained to navigate, understand, manipulate and control the data and anticipate the enemy so that the traditional armed forces can operate.

The ultimate goal of the cyber soldier is proactive or reactive but the intention is to prevent loss of combat advantage and avert serious personal injury or death. So while the 780 brigade cyber soldier, like his/her parallel in other countries, may be a geek, he or she is actually a specially hand-picked, meticulously trained, elite warrior who will be charged with defending his country and their allies from forceful threats in the intricate, labyrinth of Cyberspace. Military culture must adapt to this new reality where blood spill is real and nothing can be taken for granted from now on. 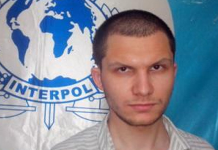