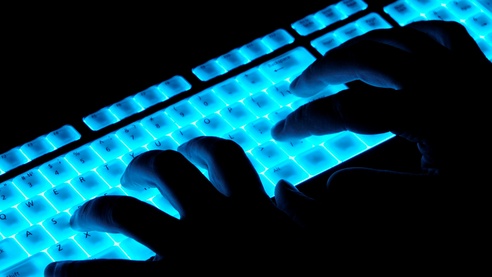 BAE Systems Detica and The John Grieve Centre have unveiled a major piece of research revealing that 80 per cent of all digital crime now originates from organised crime groups. On and offline crime worlds are converging and perpetrators are now just as likely to be street gangs, drug traffickers or established crime families as those traditionally associated with digital crime such as ID fraudsters or hacking syndicates.

The Report, ‘Organised Crime in the Digital Age’ examines the nature of criminal organisation in the digital domain, the types of crime being committed and how digital technologies are being deployed, in order to aid the development of new policy and operational responses to tackling digital crime. It has been carried out by criminologist Dr. Michael McGuire of The John Grieve Centre on behalf of BAE Systems Detica, which works extensively with Government and law enforcement to combat cyber crime.

The report challenges existing assumptions about the make-up of organised crime groups.  Whereas one might expect online crime to be the preserve of the younger  generation, the research reveals that nearly half (43 per cent) of organised digital crime group members are over 35 years of age, whereas only one third (29 per cent) are under 25 and many in fact have only basic IT knowledge. Thanks to off-the-shelf software and the adoption of ‘lower’ technology by criminals – such as pre-pay mobiles – the accessibility and appeal of digital crime has greatly increased.

These trends suggest that the world has entered a ‘fourth great era’ of organised crime, which began first with the racketeering of the 1920s, followed by the post-World War II black market growth, and thirdly the global drug market expansion of the 1970s and 1980s.  In this new ‘fourth’ era, organized activity combines both on and offline elements, as well as the emergence of disorganized offline groups with a common purpose – such as the UK rioters in 2011 – using digital tools to enable criminal activity: the “age of digital crime”.

Key findings from ‘Organised Crime in the Digital Age’ include:
•    More organized digital crime members are over 35 years of age than are under 25 years of age.
•    Half of groups comprise six individuals or more, with one quarter comprising 11 or more
•    25 percent of active groups have operated for less than six months
•    Groups are using digital tools for unethical purposes that serve as an entry-point to offline criminal behaviour, such as incitement to riot or gang member recruitment

Kenny McKenzie, Head of Law Enforcement at BAE Systems Detica said: “Organised criminal activity has now moved from being an emerging aspect of cyber crime to become a central feature of the digital crime landscape. Our report shows that more and more criminal activities now rely upon the online world and that a significant proportion – 80 per cent –  of the volume of serious crime now occurring online has clear associations with groups which display various levels of collective co-ordination, purpose and capacity… As digital crime continues to grow, increased partnership between law enforcement and technical experts – as well as the private sector – will be critical.”

Professor John Grieve, founder of the John Grieve Centre for Policing and Community Safety, added: “To tackle the problem of digital crime and intervene successfully, we need to move away from traditional models and embrace this new information about how organised criminals operate in a digital context… The research found evidence of many cases where there has been real success in closing down digital criminal operations.  Growth in the digital economy will inevitably cause an increase in organised digital crime, however this need not be seen as an insurmountable problem.  Rather, it is a predictable problem that – by better understanding the perpetrators and their working methods – we can meet head on.”