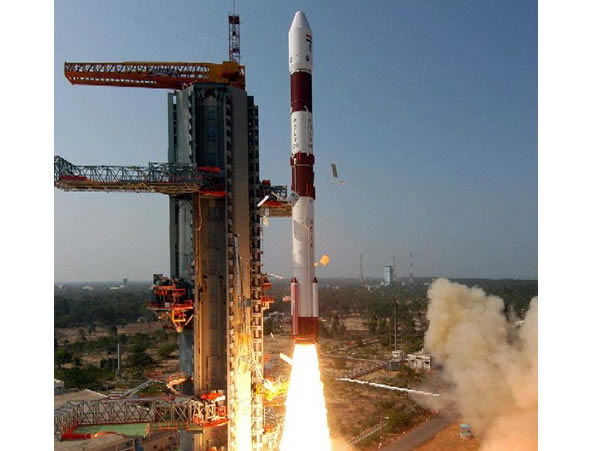 The Indian Space Research Organization launched yesterday the second radar imagery satellite, and the first indiginously built by the country’s space research organization (ISRO). The satellite named Risat-1 successfully deployed into a polar orbit at an altitude of 480 km and orbital inclination 97.552 degrees.

Risat-1 has an expected life span of five years. The satellite will provide high resolution radar images, obtained in day and night and also through clouds, enabling the country to continue monitoring areas of interest during the monsoon season.

With Thursday’s launch the PSLV rocket has launched successfully 53 satellites out of 54 it carried – majorly remote sensing/earth observation satellites both Indian and foreign – and has been a major revenue earner for ISRO. The ISRO-made Risat-1 is the heaviest luggage so far ferried by a PSLV since 1993.

India currently has 11 remote sensing and earth observation satellites in orbit, providing imagery at different resolution levels, from 500 meters to about one meter resolution. These spacecraft include the TES, Resourcesat-1, Cartosat-1, 2, 2A and 2B, IMS-1, Oceansat-2, Resourcesat-2 and Megha-Tropiques. Risat-1 joins Risat-2 in orbit, an Israeli SAR satellite launched in 2009. Both satellites carry synthetic aperture radars (SAR). Risat-1 operates in C-band while Risat-2’s SAR works in the X-band.