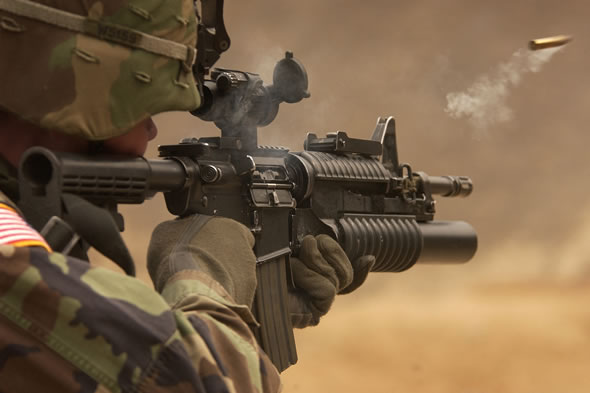 Remington Arms Company was award an indefinite delivery/indefinite quantity contract to supply up to 120,000 M4/M4A1 carbines, for a maximum amount of US$180 million. The Army has initially ordered 24,000 M4A1 carbines from Remington; deliveries will start in September, 2013. The Army has already received some 37,000 M4A1s from two previous orders awarded to Colt Manufacturing Co.

By awarding future orders to Remington, the Army has switched its primary supplier of Carbines for the first time in half a century (the first mass production order for 85,000 rifles was issued to Colt in 1963, to soon to become the symbol of the US jungle warfare in Vietnam…)

In 1994 the enhanced M4 was first delivered to U.S. Special Operations units. six years later, in September 2010 the M4A1 was authorized as the standard carbine for the U.S. Army. The weapon has the same 14.5 inch barrel length but the M4A1 barrel is slightly heavier, to sustain the fully automatic firing this weapon is configured for.

It also has an ambidextrous fire control assembly. Like the M4, the M4A1 can mount the Adapter rail System (ARS), adding additional Mil 1913 (Picatinny) accessory rails mounting additional equipment such as illuminators, laser aiming devices, rangefinders or green laser distractors. The M4A1 weighs 7.13 pounds (3.23 kg) which is 0.38 pounds (170 gr) heavier than the M4.

With continuous deliveries of up to 120,000 carbines plus modifications of existing M4s, the M4A1 carbine will soon become the US Army’s primary individual combat weapons. The M4 and M4A1 carbines will be produced at Remington’s core rifle manufacturing facility in Ilion, New York. One of the oldest continuously operating rifles manufacturers in the US, Remington, has been in operation since 1816. The company has been providing the Army with sniper rifles, suppressors and shotguns, but until now, the Army received its M16 and M4s from a sole supplier – Colt Manufacturing Company.

New Lightweight Target Designator for the US Army