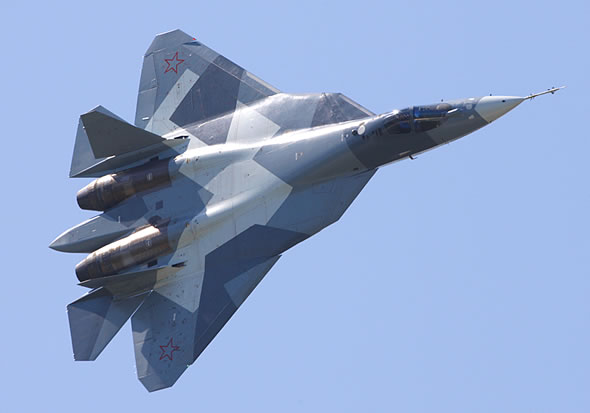 When China displayed the prototype of its first ever stealth aircraft, the J-20 in 2010, it sent alarm bells ringing not just in the US but also more importantly in countries across East and South East Asia. China has now joined the foremost ranks of fighter-building nations,

setting off a debate in the West and among China’s immediate neighbors over if and when the J-20 might begin entering service in great numbers and how that may shape the Asia Pacific balance of power.

Suddenly, countries ranging from Japan to South Korea to Indonesia have decided to jump onto the stealth bandwagon and co-develop Low Observable fighters with foreign partners

Since the mid nineties, backers of the F-22 and F-35 fighters, which rely on stealth, have utilized simulations and conferences to uphold the idea that stealth will be an advantage in air combat. We can probably take a deep dive and understand stealth fighter programs of other Asian countries sometime in the future, however for the time being let’s focus on something that is more accessible for the world’s defense companies (east and west) – when will India get its stealth fighter aircraft? As we know, India has started work in earnest with its “strategic partner” Russia to develop a Low Observable (LO) or stealth fighter aircraft. In this regard it’s worth asking an important question: is it worth having a stealth aircraft?

Whilst the F-22 has quite good ‘stealth’ performance, it is a very expensive aircraft with several accidental crashes during Development and Testing. Also, the US Government has banned it from overseas export and any modifications (such as making it into a dual-seat fighter) would be prohibitive in price. Furthermore, it is not (yet) confirmed as ‘combat-proven’. Its stores capability, however, is quite considerable.

Looking at the earlier Demonstrator Stealth aircraft, the F-117, which is combat-proven (although now out of service since the introduction of the F-22), despite its stealth design it proved to be vulnerable when the Serbs shot down an F-117 using an SA-3 missile with its C/D-band (UHF) Fire Control. (although admittedly, the pilot had broken EMCON rules, talking to AWACS, and hence betrayed his presence in advance).

The basic stealth design feature is to scatter incoming illumination in a controlled fashion. The prerequisite for this to work is that the wavelength of the ground Fire Control radar be much smaller than the basic dimensions of the shaping feature of relevance, such as wings, nacelles, cockpit, etc. Therefore, for stealth aircraft to counter VHF and UHF Fire Control ground-based radars (currently implemented by Russia) implies that the standard ‘stealth’ design would have to consist of larger airframes (too slow and vulnerable to I-band radars) or else use a combination of radar-absorbent material and also radar-transparent fuselages and wings.
A fighter sized aircraft such as the F-22 or F-35 would see most of its carefully- designed shaping features fall into the resonance where shaping is of little or no importance, and skin depth penetration of the induced electrical surface currents defeats most absorbent coatings or laminates.

Now, let us take a close look at the Russian PAK FA program. The PAK FA already comes with a forward looking large nose mounted I-band Active Electronic Scanned Array (AESA) radar, smaller, side looking I-band AESA radars, and wing mounted C/D-band AESA radars. In addition, it uses multi-spectral IRST both in the front and back. Going by the prototype it seems that extreme manoeuvrability has been given precedence over all aspects of stealth, so the PAK FA may not carry out the deep penetration role of the F-22. It is understood that the PAK FA has been designed from the onset to detect the F-22 or similar stealth aircrafts from a long distance using its IRST and then destroy these aircrafts in a Within Visual Range conflict.Obviously, designing the avionic suite of the PAK FA (also the Sukhoi/HAL FGFA for India) is not going to be easy for Sukhoi. The provision of high capacity avionic cooling is essential, to avoid producing infrared hotspots. Likewise, the need for wideband, yet very low RCS radio-frequency apertures for the use of both passive and active sensors and aircraft datalink/network terminal transceivers. Unlike the Lockheed Martin F-22, which uses conventional stealth technology for signature reduction, Sukhoi favored another innovative approach – 85 percent of the surface of PAK FA is covered with unique coating made of nano-particle materials that decrease the visibility of the plane. (In addition, this coating is also said to offer extra benefit in drag reduction).

Proper stealth needs to be a factor from the very start of the design stage because every aspect of the design will influence the final radar cross section. There are two aspects that are important with stealth and they are shaping and materials absorption. Shaping means designing the reflecting surface to redirect radar waves coming from any direction in any direction other than the direction the energy came from. Materials absorption means materials that absorb radio waves.

Having a composite radar invisible skin is of limited value. They are currently used in the dielectric nose radome that covers the nose-mounted radar, therefore being transparent to radar (otherwise the radar inside them would not work through them). Making the outer skin of a plane out of that material to achieve low observability would just make the insides of the plane visible to the radar and all that external shaping to redirect radar so that it doesn’t return to the radar antenna would be completely wasted. Given the less demanding Russian requirements for low observability, there is no reason for the PAK FA to use the same range of complex and expensive RCS reduction designs and techniques used in the F-22 or other stealth aircraft.

The PAK FA will not be some miracle plane, particularly as the two-seater variant for India has severely affected the original Sukhoi Design, but it potentially should outperform most Euro canards and potentially cope better against the MBDA Future Medium Range Air-to-Air Missile (FMRAAM) Meteor because with its IR sensors the PAK FA should be able to detect the Meteor at long range and thus take early avoidance manoeuvres. Even when a Meteor missile turns on its radar scanner, its reduced detection range means the PAK FA pilot need never let it get close enough to detect his aircraft (assuming the Rafael or Typhoon or F-22 or F-35 even detects him in the first place to launch).

Looking towards another Threat Area, Chinese stealth fighters (like the J-20) will be up against an aircraft using C/D-band radar in wing mounted AESA antenna arrays, plus the latest in Imaging Intra-Red (IIR) sensors. In principle, a data link connection between a flight of 4 Su-30MKIs could synthesize a c/D-band antenna thousands of metres in length, which should be able to spot J-20’s or even B-2’s at extended range – however, with the caveat that the Su-30MKIs can either maintain very accurate coordinated flight paths or at least have accurate ring-laser gyro (RLG) compensation data and sufficient processing power for a sparse-filled Synthetic Array Radar (SAR).

Stealth is worth it as long as it doesn’t completely compromise everything else. Otherwise one breakthrough and you are a sitting duck with your very expensive white elephant (please excuse the mixed metaphors).

Therefore, we shouldn’t think of stealth as a be all and end all. Rather, we should think of stealth as a form of passive radar countermeasure. It means that even if the airborne attacking adversary has long wave radars that will tell them roughly where their targets are, they no longer have the option of a long range shot with a BVR missile, because the stealth effect has reduced its detection range enough to make it less useful as a fire and forget weapon.

Being able to see a target is only half the problem, you have to be able to hit it with something!