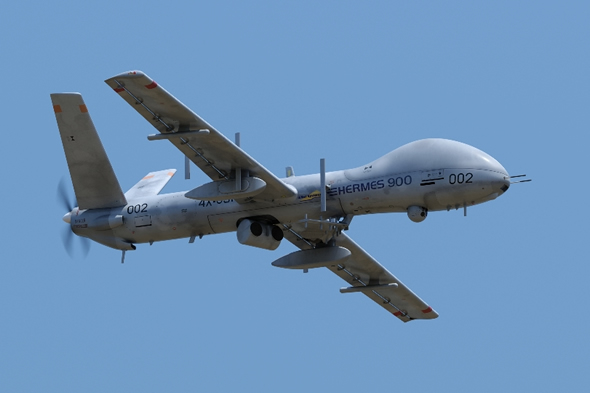 The global UAV market is expected to increase at a Combined Annual Growth Rate (CAGR) of 4.08% in the ten-year period between 2011 and 2012, a recent ICD report forecasts (Request Information. ICD estimated the global UAV market value at US$7.1 billion in 2011, this market is projected to grow to a value of US$10.5 billion in 2021, reflecting 4.08% CAGR. The study forecasts this growth will be driven by the demand for UAVs, addressing homeland and national security, (internal as well as external security threats), territorial disputes and modernization initiatives undertaken by armed forces across the world.

Cumulatively, the market for UAVs during the forecast period is expected to value US$91.7 billion. Significant UAV spenders include countries in the North American and European region. Overall the global UAV market is likely to be dominated by the US throughout the forecast period. Europe’s share of the global UAV market is projected to increase, largely due to the efforts of various European countries to enhance its UAV capabilities. During the forecast period, Asia-Pacific is expected to invest considerably in UAVs, primarily due to a tense security environment within the region.

Category-wise, MALE UAVs are likely to account for the highest proportion of spending in the global UAV market. Demand for MALE UAVs is anticipated to be higher than other categories, largely due to their superior intelligence, surveillance and reconnaissance (ISR) capabilities. Overall, MALE, HALE and TUAV are projected to be three most popular UAV categories during the forecast period. Among the MALE systems currently available in the market are the U.S. Reaper, Israeli Heron TP, Heron I and Hermes 900. Active newcomers to this field are the Turkish Anka and Indian Rustom.Demand for advanced technology UAVs is forecast to be on the rise

In order to increase the capabilities of modern UAVs, the global defense industry is investing significantly in research and development which has led to the development of technologies to enhance the endurance and survivability of UAVs. Demand for solar powered UAVs has increased as they offer improved endurance and reduced maintenance costs; solar-powered UAVs are able to remain airborne for longer, making them better suited to provide high-quality surveillance data over wide areas. The interest in fuel-cell powered systems is also on the rise.

Another area of interest for manufacturers is improving overall UAV survivability. Defense equipment manufacturers are, therefore, looking to develop UAVs capable of operating in high-risk areas such as battlefields, urban canyons or dense forests.
Additionally, UAVs’ roles are evolving from deployment on ISR missions to a wide range of capabilities such as electronic attack (EA), strike missions, suppression/destruction of enemy air defenses (SEAD/DEAD), network nodes, communications relays, and combat search and rescue (CSAR).

While the demand for UAS products and services is growing, the global economic slowdown has reduced military expenditure worldwide. As a consequence, many countries are establishing joint projects in order to share R&D costs. Partnerships between defense firms have also increased, aligning with their host countries are investments and commitments to the development of domestic UAV industries, by establishing strategic alliances and technology-transfer agreements with global UAV manufacturers.

The pressure drives the consolidation in this market, as established defense firms are acquiring small-scale UAV manufacturers. The global UAV industry is highly fragmented due to the presence of a large number of established manufacturers and a significant number of small and medium-scale enterprises in leading markets, namely the U.S., Europe and, to some extent, Israel. In recent years, Many of the established firms in these markets have acquire small UAV manufacturers possessing niche capabilities, in order to enhance their own technological capabilities and increase their overall product portfolios. For instance, in 2011, Selex Galileo, a part of Italy-based Finmeccanica, acquired the Unmanned Technology Research Institute (UTRI), an Italian developer of MUAVs for defense and homeland security.

The global economic slowdown has reduced the defense budgets of most leading spenders in the world, including the US, France, Germany and the UK. Cuts to military expenditure have led to the cancellation and indefinite delays of various UAV projects, and are having a detrimental impact on the growth of the UAV industry. For example, in 2010 the US army indefinitely postponed the upgrade of its Shadow RQ-7B aircraft to the new RQ-7C model in order to reduce costs. Lacking support from the French or German governments drove Cassidian (EADS) to scrap its own Talarion UAV project and realign its operations with rival Rheinmetall Defense.

Other aspects hindering large-scale growth of UAS are the relatively high accident rates, as a consequence of unfavorable weather conditions or system failure, which also hinder the deployment of UAVs in critical missions such as combat roles. Accidents are more frequent for UAVs, mainly because manned aircraft have trained pilots capable of diagnosing or overriding system problems. However, if a UAV encounters difficult weather conditions or a system failure, the remote pilot is often unable to access important information such as wind speed. These considerations have also limited the use of UAS in airspace shared by civil aviation. Moving toward higher reliability and better integration with manned aircraft will also help expanding the uses and missions of future UAS, opening new markets and applications.