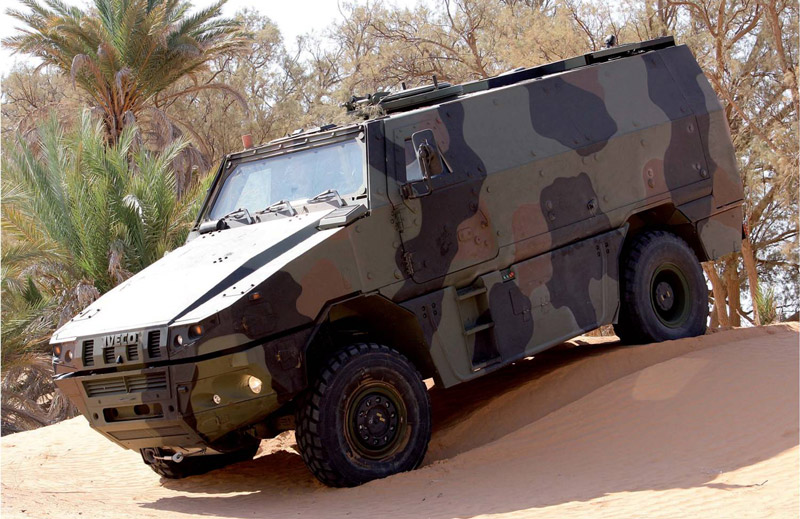 Mine protected vehicles and armored trucks were always one of the hallmarks at Eurosatory. This year Rheinmetall Defense is showcasing an advanced version of the protected HX series of its MAN subsidiary for the first time. This vehicle will be displayed with the ADS active hard-kill system. Other variants of the HX family will include the HX 8×8, which is currently competing for the Canadian ‘Medium Support Vehicle System – Standard Military Pattern” (MSVS SMP) program.

Iveco Defense is displaying here several types of ‘Medium weight Protected Vehicles’ (MPV), developed in cooperation with the German company KMW. These include 4×4 and 6×6 versions including the 4×4 VTMM and Trakker, provided as off-the-shelf military trucks provided with ballistic armor and mine protection tailored for different protection levels. At Eurosatory 2012 the company also displays a 6×6 MPV version, configured as an ambulance/intensive care treatment unit, offering increased space and improved ergonomics for the medical team. The Italian Army has already ordered 12 such vehicles.

A popular truck in service with ten NATO countries is the Trakker, displayed here as a 6×6 tractor, pulling a Rohr trailer used by the German Army. Trakker is available in a large number of variants, and can be fitted with an armored cab. Iveco has recently scored a major deal with Switzerland, supplying 910 Iveco heavy trucks including 4×2, 4×4, 6×2, 6×6, 8×6 and 8×8 versions from the Stralis and Trakker heavy truck family. The company has also secured a supply order to equip the British Royal Engineers with 206 Trakkers, 6×6 and 8×8 configurations. Iveco is also competing on subsequent orders from Norway and Sweden, for the supply of new logistic vehicles.

Rheinmetall also unveil the Amorok – a new lightweight vehicle – RMMV, expanding its range of commercial off-the-shelf vehicles in the under 3.5 t weight class. Iveco Defense will highlight two new versions of the 4×4 Light Multirole Vehicle (LMV) – the Digital LMV and a new configuration optimized for special operations. The later is configured to seat five passengers and a driver. It is equipped with four doors to facilitate rapid dismount. An add-on armor kit enables enhanced ballistic and mine protection to meet increased threat levels. The LMV 4×4 Digital is a fully digitized CAN based electronic vehicle architecture integrated into the latest LMV variants. 150 such vehicles are already on order for the Austrian Army, to be delivered in seven different configurations.

Iveco is also supplying high mobility trucks to the Italian Army, one such vehicle SM8845 BAD on display here, is part of 169 modular load carrier program ordered by the Italian Army. Soframe, a subsidiary of the French Lohr Group, and Iveco, are supplying a similar vehicle to the French military, supplies a similar vehicle. This order will include up to 2200 high mobility vehicles, the 8×8 M32045 WM on display here represents one such configuration. Both variants feature different applique armored cabs, ensuring maximum protection for the crew and efficient tradeoff between protection and payload.

The armored version of the Russian Ural 6×6 medium truck is widely used in the Russian, CIS and many countries traditionally relying on Russian military support. These trucks have proved their reliability and effectiveness not only in combat actions as well as peacekeeping and rescue operations throughout the world. The new Ural 63095 Typhoon is a heavily armored truck based on the standard Ural platform, and fitted with enhanced anti-mine protection. The 24 ton Typhoon is designed to carry 24 soldiers in a protected environment. powered by a 450 hp diesel and features independent suspension for efficient off-road mobility. The truck features ballistic , IED and mine protection, The air-conditioned passenger compartment also features NBC protection. The truck carries 300 liters of diesel fuel, sustaining missions ranging up to 1,800 km in distance. 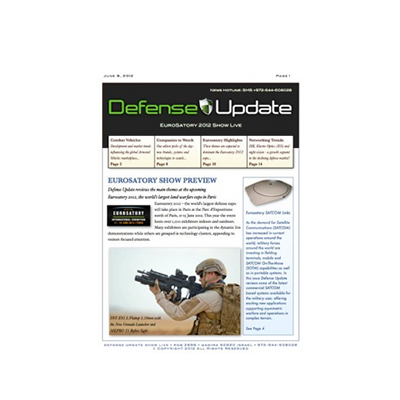