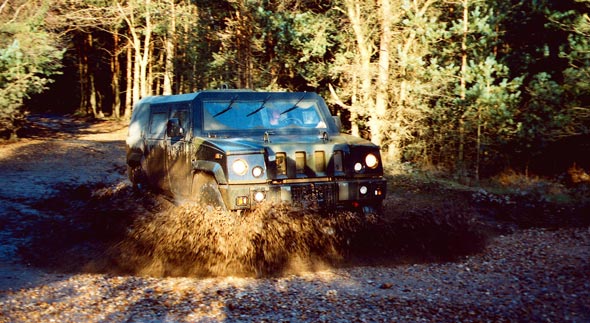 In December 2005, FIAT introduced a commercial derivative of the LMV named “FIAT Oltre”. Yet described as a “show car”, the new vehicle is positioned as a promising candidate for off-road rallies, and is considered to enter the market next year, competing with premium off-road vehicles such as the Hummer H-2, H-3.

While maintaining the basic structure and external design of the military vehicle, the front section and interior are radically redesigned to match the luxury vehicle class comfort. The Fiat Oltre’s is designed with tubular structure, providing four roll-bars for improved cross-country driving safety. 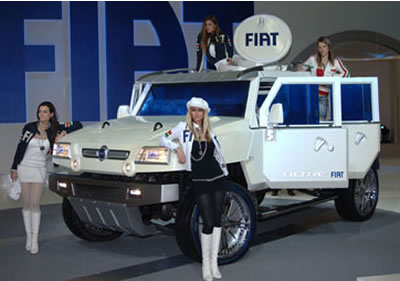 Austria is buying 150 Light Multi-role Vehicles (LMV) from Iveco. According to an announcement by Iveco, the company will deliver the vehicles in seven configurations. The vehicles will be equipped with a new remotely operated weapon station model developed by Elbit System. LMV is currently operated by the armies of Italy, Norway, Spain and Belgium. The UK, Spain has also taken deliveries of a version of the LMV known as Panther. This vehicle has recently completed operational testing and is scheduled to enter operational activity soon. Croatia, the Czech Republic have also received small quantities of the LMV vehicles for evaluation, supporting their peacekeeping forces.