The joint Afghan National Army – U.S. forces counter improvised explosive device team of seven soldiers walked down the dusty rural road in Shamulzai District, Afghanistan, ahead of their convoy; scanning the route with their eyes for subtle clues that might help them visually identify an improvised explosive device, or IED, hidden on the road. When they see nothing, they verify as much by sweeping the same area with their VMR-3 Minehound and VMC-1 Gizmo metal detectors in a slow precise manner before walking ahead.

“We walked a good four and a half (kilometers) in front of the whole convoy because we had just recently been hit with an IED on the route back (to Forward Operating Base Sweeney),” said Staff Sgt. Antonio Barajas, 3rd Platoon, 5th Battalion, 20th Infantry Regiment, Task Force 1st Squadron, 14th Cavalry Regiment, out of Joint Base Lewis-McChord, Wash. “All seven of us had Gizmos and Minehounds (and were) out there clearing the whole road so the rest of the convoy could make it back to FOB Sweeney safely.”

“The Gizmo is just an easy (to use) metal detector used to identify metal or you can switch it to minerals,” explained Barajas when asked to describe the two devices used that day. “It’s a lot like the metal detectors you see men on the beach with, but on steroids,” said Pfc. Niko Williams, also from 3rd Platoon, 5-20 Infantry, Task Force 1-14 Cavalry.The use of such gadgetry has been a blessing to both ANA and International Security Assistance Forces in Afghanistan.

For Barajas and his team, the MineHound’s ground penetrating radar enabled them to discover a secondary IED earlier in the day, prior to the IED strike on their convoy. That IED was only a hundred meters forward of the one that hit them. Without the MineHound, there stood a chance Barajas’ team may have missed that roadside bomb.

According to the manufacturer, the German Vallon company, the VMR-3 Minehound and VMC-1 Gizmo metal detectors are dual sensor detectors capable of detecting command wires, non-metallic and low-metallic signature IEDs using ground penetrating radar (GPR). In addition to GPR, the Minehound uses a metal detector sensor,derived from the VMC-1, to find both metallic and non-metallic threats. The Vallon Company claims to have more than 2,000 Minehound detectors currently in use in Afghanistan. Both detectors have become an invaluable item in finding IEDs and weapons caches before they can be used against ANA or ISAF forces.

The use of the Minehound and Gizmo detectors started with combat engineers and explosive ordnance disposal personnel, but they are now issued to non-EOD units such as Battle Company, 5-20 Infantry, to aid in the discovery of IEDs and weapons caches.

Since the onset of the Afghan War in 2001, homemade bombs have increasingly become the insurgent’s weapon of choice in Afghanistan and certainly their most effective weapon.  Almost 60 percent of all coalition forces wounded or killed in Afghanistan since the start of the war in 2001 have been due to IEDs, according to a May 2011 report from the Joint Improvised Explosive Device Defeat Organization, a U.S. Department of Defense organization located in Washington D.C.

To complicate matters, insurgents in Afghanistan have been increasingly constructing IEDs to circumvent simple metal detectors. Some IEDs contain rudimentary materials such as wooden boards, foam rubber, and plastic containers. The finished product contains very little metal making it difficult for a traditional metal detector to pick up, but not for the Minehound with its ground penetrating radar.

Increasingly compact, collapsible, light-weight metal detectors, such as the MineHound and Gizmo, are finding IEDs with more frequency than ever before, all of which has reduced the number of injuries or deaths to Afghan civilians, ANA and ISAF troops. In the hands of an infantry platoon, or similar-type unit, they are also being used to find weapons caches which often provide the insurgency with ample arms to fight for weeks or months.

“In the orchards (the Minehound and Gizmo are) good because that’s where they often hide the caches,” said Barajas. “So far we’ve found two caches with the Gizmo and Minehounds, and also with the ANA helping us out with their resources.”

Without doubt, improved technological devices such as the Minehound and Gizmo metal detectors are helping coalition troops across Afghanistan. “It helps a lot when we’re in the orchards or going through the towns when we use the Gizmos and Minehounds because it also allows if something does get missed by sight it will pick it up,” said Williams. “That’s what makes the Gizmo and Mine Hound so important,” said Williams. “It helps make sure people are not being taken out of the fight … (that) you’re keeping them in,” said Williams.

By Sgt. Christopher McCullough
From www.army.mil 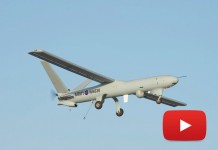