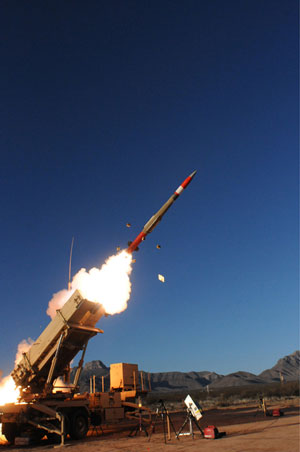 The PAC-3 MSE Missile provides increased performance, greater altitude and range than current PAC-3 missiles. The PAC-3 MSE Missile will be packaged in a single canister that stacks to provide flexibility for the Patriot air defense system launcher load-out requirements. The new  contract covers preparation of tooling and test equipment at the company’s production facility at Camden, Ark., as well as other sites and subcontractors, in anticipation of a production decision by the U.S. Army in 2013.

The MSE is being developed under a spiral development of the Patriot missile, the MSE Missile was selected as the primary interceptor for the multi-national MEADS in September 2006. However, lacking clear US committment to follow on with fileding the system, the future of the MEADS is unclear.