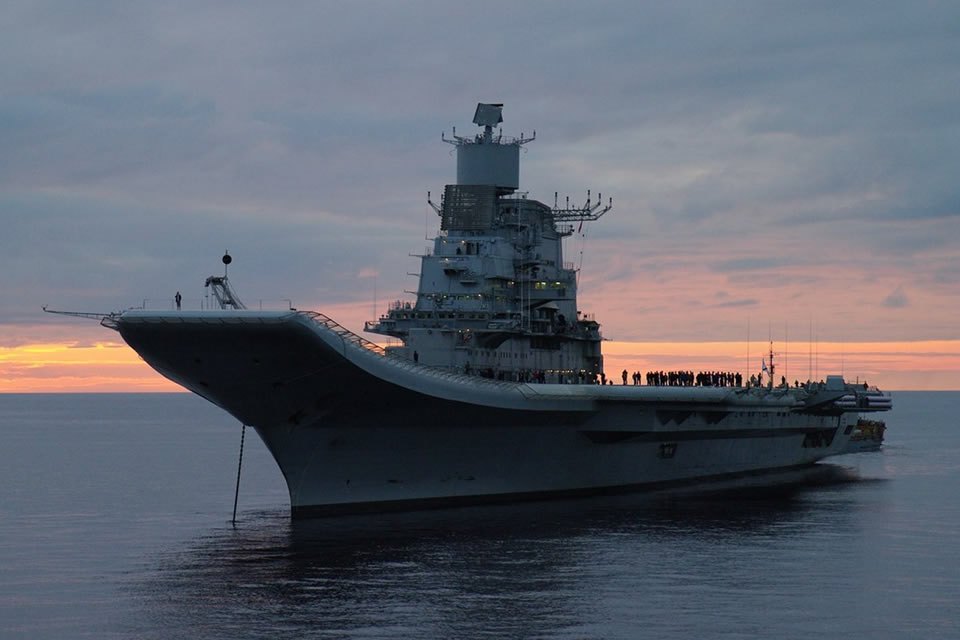 After decades of unchallenged naval supremacy in the Pacific and Indian Ocean, new naval powers are looming in the area, and new alliances are formed. The ceremonial commissioning of the first aircraft carrier by China, and the planned commissioning of the ex-Russian aircraft carrier Vikramaditiya (planned for December but later delayed to 2013) are two points indicating this new vector of growing importance of regional naval air power in Asia Pacific and the Indian Ocean.

While the two carriers, by themselves, are not challenging the US supremacy at sea, undoubtedly, more will be fielded over the coming decade. Russia is planning to build six new aircraft carriers after 2020. Russian naval planners foresee at least one Russian Carrier Battle Group (CVBG), comprising 15 vessels supporting the aircraft carrier will be deployed in the Pacific Ocean by 2017. A second CVBG will be deployed with the Northern Fleet. Each CVBG will include at least one flat deck carrier (CV), missile cruisers (CG), destroyers (DDG), multi-purpose submarines (SSN), frigates (FFG), corvettes, landing craft and other ships such as icebreakers for the Arctic zone.

China has already indicated that the new ‘Liaoning’ is only a training platform, for its navy to practice the operational and technical aspects of naval aviation operations. These lessons will be implemented in the design, construction and fielding of future Chinese built carriers. India is also planning to build two Majestic class aircraft in the next 10 years. India has been operating aircraft carriers since 1961 when the ex-Royal Navy HMS Hercules was inducted into service as INS Vikrant. She was retired in 1997, replaced by the INS Viraat (formerly HMS Hermes), which entered service with the Indian Navy in 1987.

Through the years India has built a sizable naval aviation force, extending its reach into the Indian Ocean. As part of this plan, India prepared to deploy three carrier battle groups in the Indian Ocean by the year 2015, reflecting its growing Indian interests as a regional power. However, with the commissioning of its new carrier delayed for next year, and introduction of the first indigenous carrier delayed at least to 2017, the Indian naval air power is hanging on the thread of the 60 year old Viraat, whose service is now stretched at least through 2020. To prepare for the extended service life, INS Viraat is scheduled to enter four months refit at the Cochin Shipyard, to be completed around April 2013, leaving India without any operational carrier…

The Thai Navy also operates one aircraft carrier but does not have strike aircraft to support combat operations. Other navies in the pacific are operating ‘helicopter carriers’ landing assault ships include Japan, South Korea and, in the near future -Australia. Other navies in the Pacific While the number of aircraft carriers in the Pacific Ocean will not reach the World War II levels, the range, operational flexibility and firepower they possess will make these naval assets as dominant and crucial as their WW II predecessors.

This article is part of three-part series including: