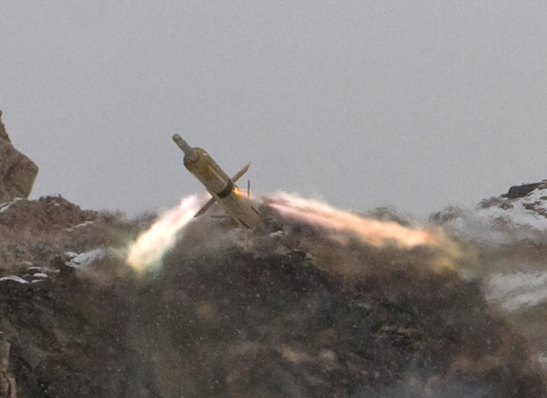 Raytheon announced it has won a multiyear contract worth US$349 million, to deliver 6,676 TOW RF missiles to the US Army and Marine Corps over the next five years.

The TOW system is a command line-of-sight system that requires the gunner to track the target until the missile impacts. It has been employed by U.S. forces in every conflict since Vietnam and continues to be used today in Afghanistan. The missile is planned to remain in service at least until 2025.

In February 2012 Raytheon has tested a new propulsion system for the Tube-Launched, Optically-Tracked, Wireless (TOW) missile. The new system developed by ATK doubles the range of the TOW missile and reduces the missile’s flight time by one-third. During the test, the developmental propulsion system flew the missile more than seven kilometers (4.35 miles), reaching four kilometers (2.5 miles) in significantly less time. The propulsion improvement is part of a broader modernization program, extending the weapon’s range, lethality, operator’s survivability and safety. However, the missiles included in the current order will not include this new development.

The propulsion system the company tested in February was developed by ATK, as part of the missile system’s upgrade. “This launch, boost, sustain technology greatly enhances the TOW gunner’s survivability by allowing us to engage targets outside the threat range of direct engagement systems and by reducing the time we must track a target,” said Scott Speet, TOW program director for Raytheon Missile Systems.

“We brought an IM propulsion system to a technology readiness level that can be demonstrated to our government customer and which greatly reduces the research and development costs necessary to provide this enhancement to an existing combat-proven system,” said Michelle Lohmeier, vice president for Land Combat at Raytheon Missile Systems.

The original wire guidance link limited the TOW range to 3,750 meters. In 2002 Raytheon introduced an alternative Radio Frequency (RF) command link, enabling the missile to extend the effective combat range beyond the limit imposed by the wire guidance. The current order is the third multi-year order for these TOWs. Other improvements introduced more versatile warheads, including more advanced tandem (TOW-2B) which were also adapted to the RF version (TOW 2B Aero) and ‘bunker buster’ variants. It is expected that the new LBS will further extend the weapon’s performance, striking targets at longer distances and in shorter engagement cycles. TOW is currently in service in more than 40 international armed forces and integrated on more than 15,000 ground, vehicle and helicopter platforms worldwide. Platforms currently employing the TOW include the US Army heavy brigade’s Bradley and Stryker Brigades’ Stryker armored vehicles, US Marine Corps HMMWV and AH-1W Cobra helicopter gunships.

With the wireless system built into the missile and the missile case, the new TOW missile works with existing launch platforms, including more than 4,000 Improved Target Acquisition System (ITAS), Improved Bradley Acquisition System, TOW2 Subsystem and M220 Ground TOW. Raytheon is currently developing a new airborne launcher designed to employ the RF-TOW. The new airborne launcher will be compatible with past, present and future versions of the TOW missile. The system performs exactly like the wire-guided version, enabling soldiers and Marines to continue using the proven weapon without changing tactics or incurring additional training.

December 2012 marks the 50th anniversary of the TOW Missile Program, with more than 650,000 missiles produced.