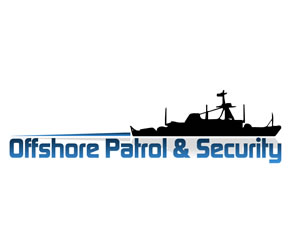 With Hurricane Sandy at the forefront of maritime organisations concerns at the moment, the increase in focus on border enforcement, economic exclusion zone protection and counter-piracy operations on-going, a key event is running next year to discuss how naval forces, coastguard agencies, industry and other relevant organisations can increase cooperation to improve maritime security, humanitarian relief from the sea and international naval cooperation.

Because of this ever-increasing focus, on the 24th April 2013, over 300 delegates will attend the world’s largest maritime security and platform related event in the UK with the aim of deciding upon the next actions to be taken in this ever changing and complex task. Offshore Patrol & Security 2013 will take place at the Historic Dockyard in Portsmouth between the 23rd and 25th April 2013.

The event, Offshore Patrol & Security 2013, which has been running annually for four years, will attract an audience consisting of the most senior and influential naval personnel from every major nation. The delegation will be discussing the very latest issues surrounding all aspects of maritime security including counter-piracy, port protection, economic zone protection and enforcement along with recent technological innovations.

High on the agenda at next year’s meeting will be the continued operations off the coast of Somalia, a topic which has repeatedly been seen in the news over recent months and years. A focus on counter-piracy and counter terrorism in the Middle East and Asia Pacific regions will also be of the upmost priority.

“Offshore Patrol & Security has often been seen as one of the most influential gatherings of key personnel from around the globe that wish to discuss the latest developments in maritime security” said Nathan Martin, Managing Director of the event organizer, Development Network. ” From the overwhelming number of attendees already signed up, we can clearly see that issues surrounding this area are still top of the priority list for many nations.” Martin added, saying the event is often seen as one of the most critical meeting points for nations wishing to decide upon the future of their maritime security policies along with discussion based presentations focusing on key alliance policies such as NATO and the European Union.

Abeking and Rasmussen, a German based shipbuilder will be the lead sponsor for the 2013 event and will discuss the close relationship between navies, coastguard agencies and industry in these tough economic times. Defense Update is proud to be one of the media sponsors of this event.