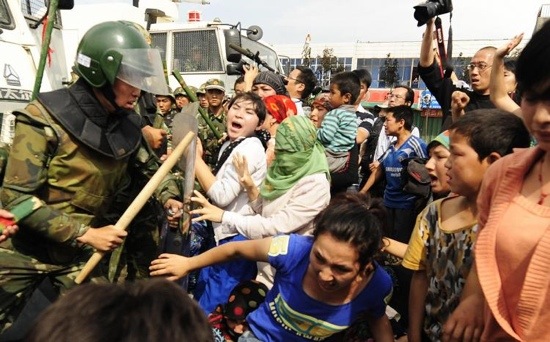 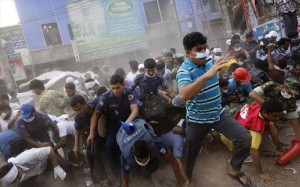 China’s top law enforcement official has ordered 24-hour security patrols in the country’s western Xinjiang region in response to the worst violence seen in the ethnically-mixed area in years.

Chinese state media said Meng Jianzhu visited the regional capital of Urumqi on Saturday to give the instruction for non-stop patrols of Xinjiang communities in “all weather conditions.”

His order came three days after a riot erupted in Shanshan county, killing at least 35 people in the region’s deadliest such incident since 2009, when about 200 people were killed in ethnic fighting in Urumqi. Xinjiang has seen years of tension between ethnic Uighurs, a mostly Muslim indigenous group, and majority Han Chinese.

The Uyghur American Association, a Washington-based rights group, has said it expects security to remain tight in Xinjiang through July 5, the fourth anniversary of start of the 2009 riots.

Xinjiang’s government posted new details of the June 26 riot on its website on Sunday, blaming it on an Islamist group that it accused of regularly listening to recordings promoting violence. It said the 17-member group had been raising money and buying knives and gasoline since mid-June to prepare to carry out attacks.

The Xinjiang administration said it captured a member of the group on Tuesday, prompting the other members to go on a rampage in Lukqun township the next day. State media have said they attacked a police station, a local government building and a construction site, killing 24 people, including 16 fellow Uighurs. The reports said Chinese police killed 11 of the assailants and captured the others, the last of them on Sunday.

In the region’s latest violent incident, state media said more than 100 people carrying knives and riding motorcycles attacked a police station in Hotan county on Friday. There was no immediate word on casualties.

Beijing blames much of Xinjiang’s recent unrest on what it calls Uighur terrorists affiliated with the banned East Turkestan Islamic Movement (ETIM) and trained in neighboring Pakistan. Uighur rights activists deny that their kinsmen engage in terrorism, saying most of the violence in Xinjiang is the result of Han Chinese suppression of Uighur culture and economic opportunities. 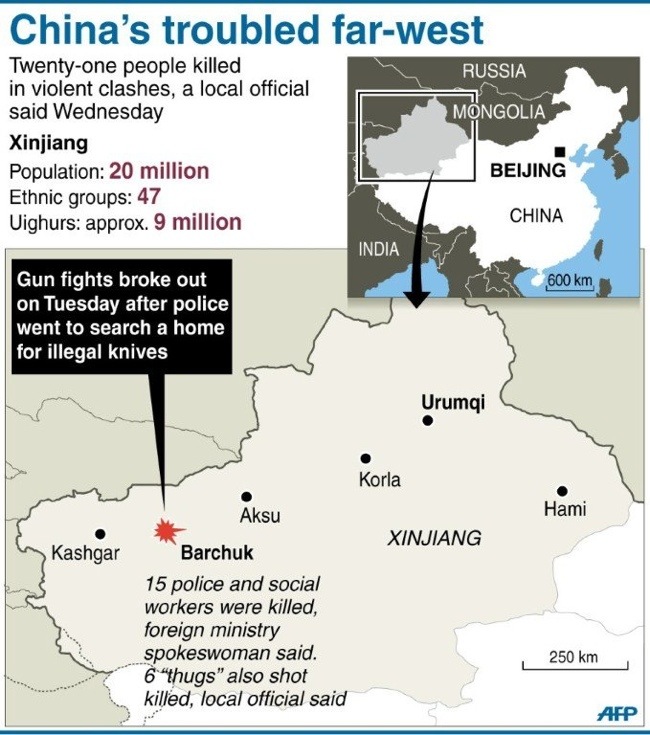