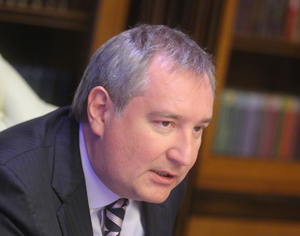 The Russian military complex, a gigantic economic power at the Soviet times, has shrunk dramatically after the collapse of the communist regime in the 1990s. After more than 30 years, it seems that the awakening giant is finally getting back on its feet.

While the Russian military industry is still facing plenty of challenges – skill shortage, outdated equipment at production and research facilities, and the nearly-depleted legacy of technologies and know-hows inherited from the USSR. Dmitry Rogozin, Russia’s Deputy Prime Minister in charge of defense industry, thinks it is time to get down to work, as united efforts by authorities, industrialists, expert community, and the public will help rejuvenate the country’s defense industry and take it to an entirely new level. 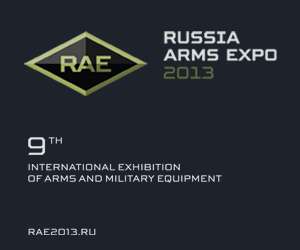 After decades of stagnation, the Russian military industry is back on the rise now, with the state pumping serious money into arms procurement, supporting manufacturing facilities, research and development and encouraging modernization and upgrades of obsolete production lines.

The industry is also streamlining according to business wise conduct, with government customers becoming better aware and accountable to managing risks, and meeting schedules. The legal base for placement and realization of state defense order has been laid down, and relations among players in the industry are becoming more constructive and reasonable.

The transformation is not limited to the defense industry, but also affects trade fairs and exhibitions, primarily, the Russian Arms Expo (RAE), previously known mainly for the name of the town hosting the fair – Nizhniy Tagil. RAE 2013, the ninth edition of ARE is now positioned as the premier arms fair for military technology, focusing on arms, military equipment and ammunition. Preparations are in full swing now to demonstrate the latest achievements of Russia’s military industry. RAE-2013 is expected to promote Russian-made military equipment, armaments, and ammunition in the domestic and international markets and boost business ties among military equipment manufacturers and customers all over the world.

According to Oleg Sienko, Director General of Uralvagonzavod, the General Coordinator of Russia Arms EXPO, the Nizhniy Tagil test range, 52 km long and seven kilometers wide, is unequalled in the world in terms of size and capabilities. “This site will gather the top players in the industry to discuss and evaluate the latest examples of military hardware.” Sienko said. The test tracks are is being renovated to enable optimal presentation of the armored vehicles on live display, demonstrating their combat capabilities. The venue will also offer rich business facilities agenda with a colorful show program. There is even more to come, though. According to Oleg Sienko, work is already in progress to further improve the venue’s infrastructure: test tracks and obstacle courses are being rebuilt, chalets and pavilions rebuilt and modern telecom infrastructure being upgraded, to support a richer business environment. The entire exhibition complex will be massively rebuilt for better logistics and accessibility. All signs and information stands at the venue will be repeated in English.

The preparations are closely followed by the top ranks at the MOD, one of the recent board meetings was chaired by Rogozin himself.
“If we pursue serious, ambitious goals such as competing on equal terms with the world’s best exhibitions of weapons, military equipment, and ammunitions – like the one taking place in the USA, in Arab East countries, and in France – we must have the ambitions to match “, Dmitry Rogozin said in his introductory speech.

Deputy Prime Minister pointed out the need to find ways to turn the exhibition into a serious exhibition and demonstration complex that will develop according to the current situation, both in terms of military and technical cooperation and in terms of state orders for weapons and equipment for Russia’s armed forces.

The new business spirit of the event is also reflected by the branding campaign, featuring a new logo and website, modern design and the integration of online social media activities on Facebook, Twitter, Instagram, Youtube Slideshare, Blogspot and Flickr. “The rebranding campaign has touched upon everything. This year we are forming both the exhibition and business programs very differently. We have changed our approach to participants: speakers, as well as exhibitors” – says Alexei Zharich, Chief Communications Officer, Uralvagonzavod. According to the official, this approach has already attracted new international exhibitors.

Deputy Minister Alexei Rakhmanov of the Ministry of Industry and Trade of the Russian Federation, said the ministry is expecting the number of participants to reach 200, up from 130 in 2011. In June, 2,100 square meters in the pavilions are already booked along with some 7,000 sq. meters booked on the outdoor display areas. (In 2011, the outdoor display spanned over 5,000 square meters). “We expect a 1.5-time increase in all figures, even though we are now using a stricter approach to participant selection in terms of relevance to the subject of the exhibition”, Rakhmanov noted.