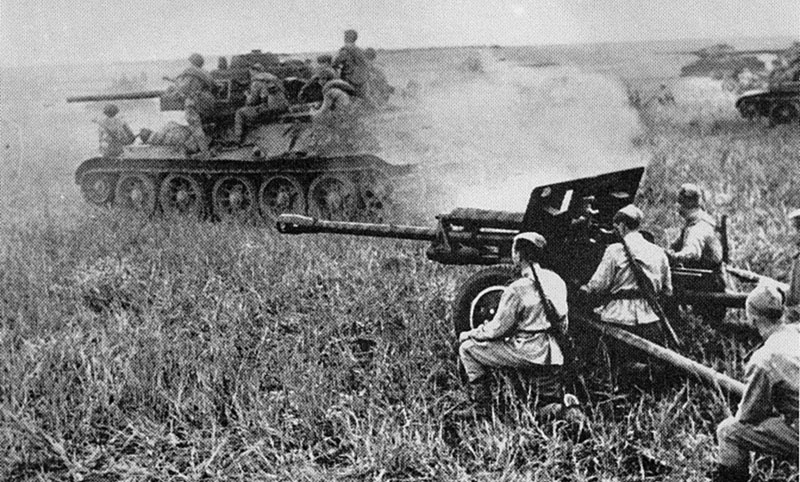 German forces occupied an extensive salient in the northern portions of the uplands around the city of Orel, while the Soviet Kursk Bulge dominated the upland’s southern region. The Red Army anchored its defenses along the northern edge of the Kursk Bulge, based on ridge lines north of the Svapa River valley and along the southern bank of the Oka River north of Kursk. Along the southern flank of the bulge, Soviet defenses extended along the higher ground north of the cities of Sumy and Belgorod, but here the terrain was barren and open country enabling wide deployment and maneuver of armored forces.

But the Stavka also held an “ace card” carefully concealed from German intelligence: The newly created huge Steppe Front in the rear zone of the Bulge contained not only further fortified belts, covering the east bank of the river Don, but concentrating an unprecedented mass of “fresh” fighting units, including six Armies with massive tank forces and airpower, all in top fighting condition, ready to strike a devastating counter attack on the mauled Nazi Panzers in the “Bulge”.

The nature of the bulge allowed the Red Army to build a virtual fortress of strong fortifications in greatest depth facing all the expected German axis of advance. The depth of these defenses was indeed staggering, combining no less than eight fortified lines of resistance, stretching nearly 110 miles deep. The immense use of manpower, both military and civilian, employed to build this huge task, left no doubt as to the significance of the coming battle for life and death, facing the Nazi onslaught as anticipated by the Russian commanders. 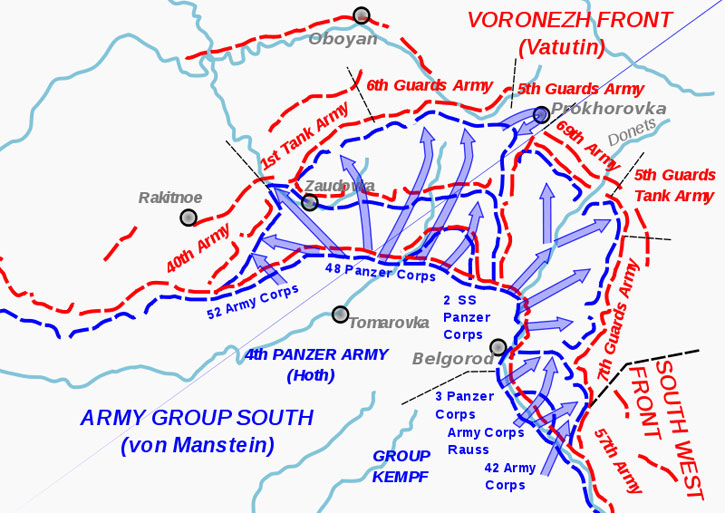 Having described the general situation, without going into unnecessary detail, (which can be easily studied further by consulting the variety of maps) let us therefore enter into the battle scene, without further ado and try enliven what happened, as seen through the eyes of combatants and their experience, fighting under the most trying conditions, that the horrors of war can challenge young humans to the utmost courage.

Part I: When Humans fought Steel while Steel clashed Steel