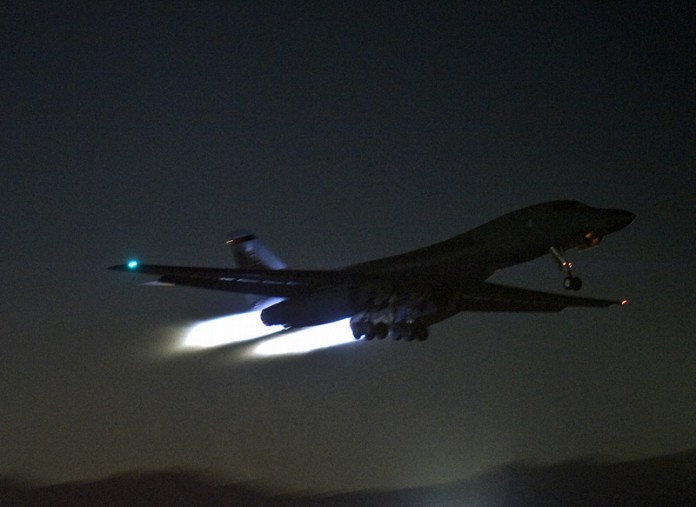 A U.S. air strike near Mosul on Thursday (Sept. 18, 2014) killed 40 Islamic State militants near a terrorist training camp, according to a senior Defense Department official. The attack involved a single B-1 bomber. Mosul, Iraq’s second-largest city, fell to militants in June.

Since August US forces conducted 176 air strikes against the group. The recent air strike is part of the widened campaign against the militant group that President Obama ordered last week. The first round of attacks began Monday (Sept 15, 2014)but the most recent strike as the most deadly against the group. “The attack destroyed a large ISIL ground unit,” according to U.S. Central Command, which oversees military operations in the Middle East. The strike also blew up an armed vehicle and two ‘ISIL-occupied buildings.’ US officials indicated.