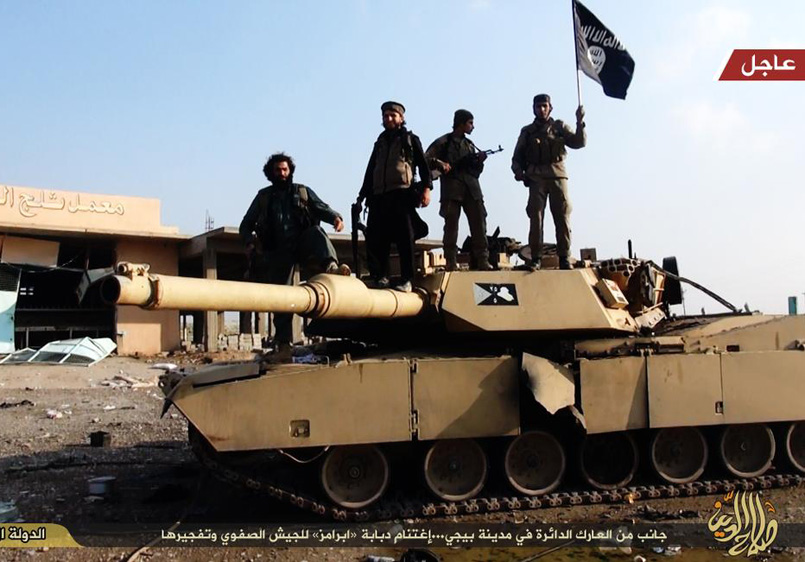 Washington plans to equip the Iraqi Army with 175 M-1A1 Main Battle Tanks and 15 M88A2 Hercules tank recovery vehicles to equip an armoured brigade. The new arms transfer package is worth US$2.4 billion. The Pentagon is also planning to provide the Iraqis with a thousand M1151A1 Up-Armored High Mobility Multi-Purpose Wheeled Vehicles (HMMWVs) for additional $579 million. The tanks and HMMWVs are likely to be withdrawn from US surplus. Under another contract worth $100 million awarded to General Dynamics Land Systems is upgrading Saudi M-1A1 tanks into the more advanced M1A2S configuration. This contract extends work started in 2008 to update M1A1 and M1A2 tanks to the M1A2S configuration. The project is expected to complete in July 2016.

The Iraqi Army has lost part of the hardware previously supplied by the USA in the recent fighting with the Islamic State. Among the assets that fell into the hands of Islamic insurgents were artillery pieces, MRAP vehicles and armoured HMMWVs. T-55 tanks and SCUD missiles were also seized by IS, from bases they ran over in Syria and Iraq. In the recent fighting around the town of Baji IS fighters managed to capture and destroy Iraqi M-1A1 tanks.