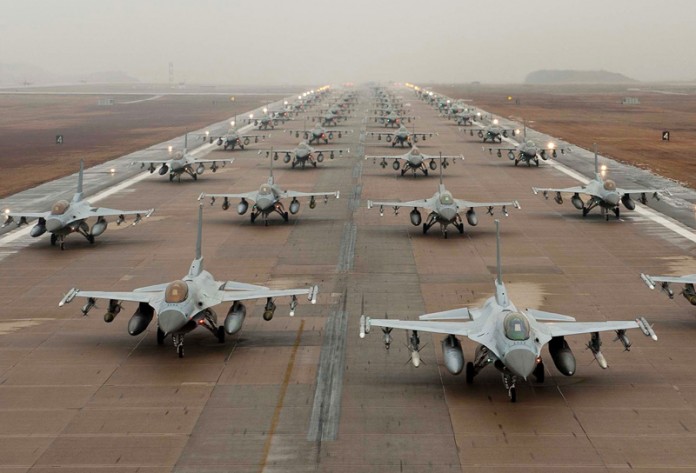 South Korea began the official process of changing the contractor for its F-16 upgrading project, Seoul’s arms procurement agency said. “The final decision on the contractor change will be made after checking a letter of agreement from the U.S. expected to be delivered early next year,” The Defense Acquisition Program Administration (DAPA) official Baek Yoon-hyung said.

DAPA said the planned switch from BAE Systems to Lockheed Martin – was presented at its monthly defense project committee meeting. Lockheed Martin, the F-16’s original equipment manufacturer (OEM), lost to BAE in its bid for the project.