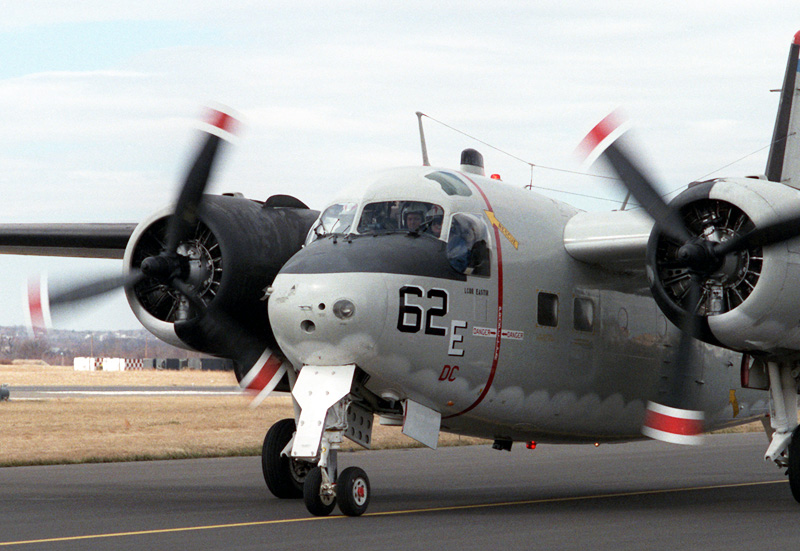 Over a thousand C1/S2 aircraft were produced by Grumman between 1952 and served on board US Navy Carriers for three decades, from the mid 50s through the 1980s. A total of 83 C-1A models were produced, used as the Navy’s Carrier On-Board Delivery (COD) aircraft. In 1988 the Traders were retired and sent to the Davis Monthan Boneyard outside Tucson, Arizona.
Unlike the US and French Navies, that operate the E-2C/D Hawkeye and C-2 Greyhound from larger aircraft carriers, the Brazilian Navy’s only aircraft carrier NAe São Paulo is constrained in catapult strength and deck size, limiting their choice of aircraft to the smaller, lighter Tracker/Trader.

Among the last fleets to operate the S-2, the Brazilians turned to Arizona based Marsh Aviation of Mesa Arizona to modernize the eight aircraft retrieved from the nearby boneyard. Marsh had experience in such refurbishing jobs, as the company refurbished 26 ex-Navy tankers into S-2T aerial firefighters for the California Department of Forestry and Fire protection (CDF). Israel Aerospace Industries (IAI) performed a similar job in the 1990s, replacing the piston-engined Trackers operated by the Argentinian Navy with turboprops.

The Brazilians opted to refurbish the Trader carrier transport variants, from aircraft they selected at the boneyards. Originally the Brazilian Navy was planning to convert eight aircraft – four into S-2T Airborne Early Warning configuration, at present, four C-1As are to be converted into Turbo Traders, re-designated KC-2 COD/AAR (Carrier-On-Board/ Air-to-Air Refueling). They will be used as COD and aerial refueling aircraft on board the Brazilian Navy’s aircraft carrier, the NAe São Paulo.

As with the S-2T, the original rotary piston engines will be replaced Honeywell TPE-331 turbo-prop engines, the KC-2 will also get a modern Glass Cockpit, new communication systems, Environmental Control Systems (ECS), as well as integration of air to air refueling capabilities. 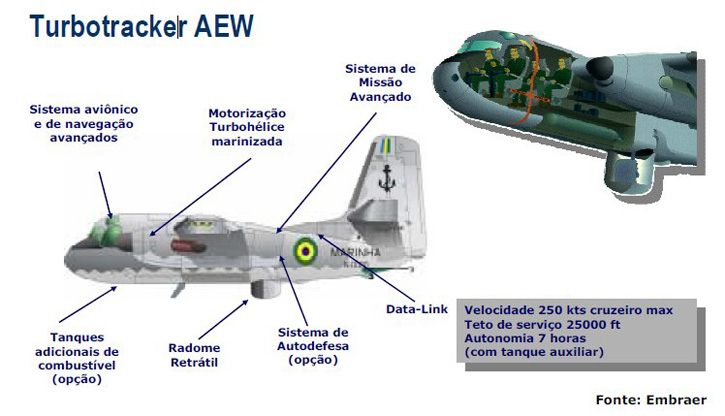 Originally signed four years ago, in October 2011, the upgrade was delayed due legal difficulties encountered by Marsh. Last month, the Brazilian navy’s directorate of aeronautics and Marsh Aviation revived the program, with the introduction of M7 Aviation, of San Antonio, Texas, as a subcontractor and facilitator.

While the eight airframes were bought at a ‘bargain’ price of $32,000 each, the entire refurbishment, re-engining and upgrading program would cost $167 million, according to the original contract awarded to Marsh back in 2011. M7 would receive $106 million for its part in the five-year project. The upgrade work will be performed in San Antonio, Texas, at the facilities of M7 Aerospace, an Elbit Systems of America subsidiary, under the supervision of Brazilian Navy officers who are currently deployed to San Antonio.

Originally scheduled for delivery by 2015, the first KC-2 prototype flight is expected for November 2017 and the delivery of the first operational aircraft to the Brazilian Navy is scheduled for December 2018. The aircraft will be operated by the 1st Transport and Early Warning Squadron (VEC-1) based in the Sao Pedro d’Aldeia Naval Air Station.