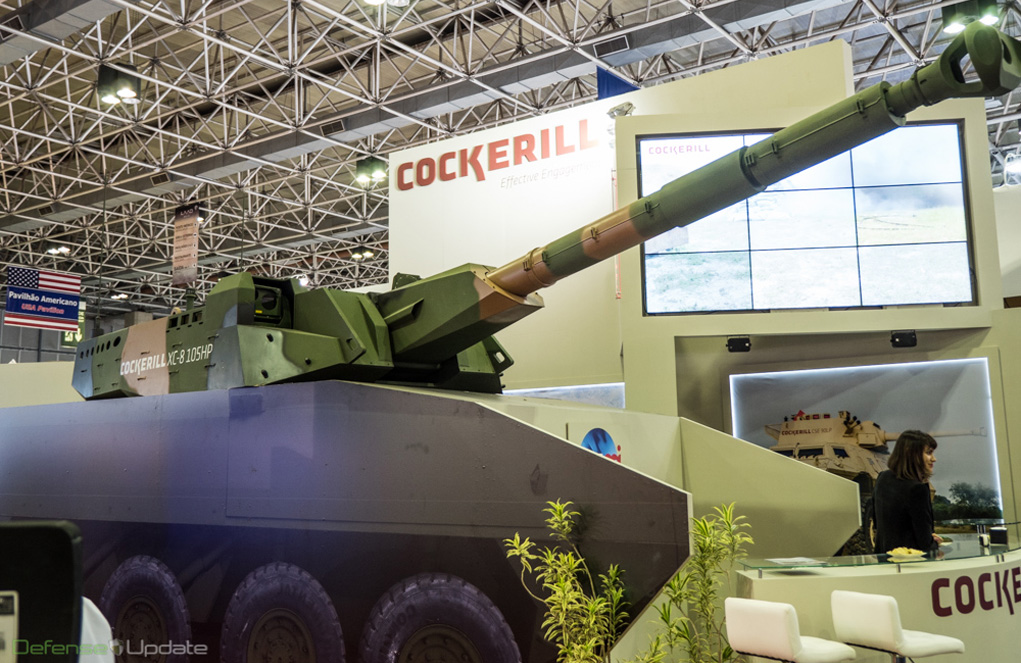 The production of 2044 VBTP-MR Guarani armored personnel carriers for the Brazilian Army is one of the major military procurement programs currently underway in Brazil. An 18 ton 6×6 armored personnel carriers, developed by the Italian company Iveco Defense Vehicles (CNH) in partnership with the Brazilian Army and produced in Brazil at Sete Lagoas. Since the beginning of full rate production in 2013 Iveco has delivered 190 vehicles. These vehicles are gradually replacing the Urutu and Cascavel vehicles, produced by the Brazilian company Engesa in the 1970s.

In parallel to the ongoing production of the VBTP variant, the Brazilian Army plans to induct the VBR-MR – a ‘wheeled tank’, based on a heavier 8×8 platform to be armed with turreted 105mm cannon. LAAD provides an important opportunity for manufacturers of such turrets. One such company is the South African Denel, Land Systems showcasing the MT-105 turret weapon system, currently evaluated by the Brazilian army for its new VBR-MR. Other candidate turrets include the Oto-Melara and the from CMI.

The Brazilian subsidiary of OTO Melara and local defense company ARES are also moving toward a partnership, to offer Oto Melara’s  105/120 mm modular HITFACT turrets for the VBR-MR program. 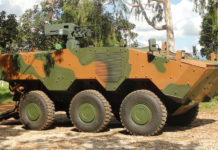