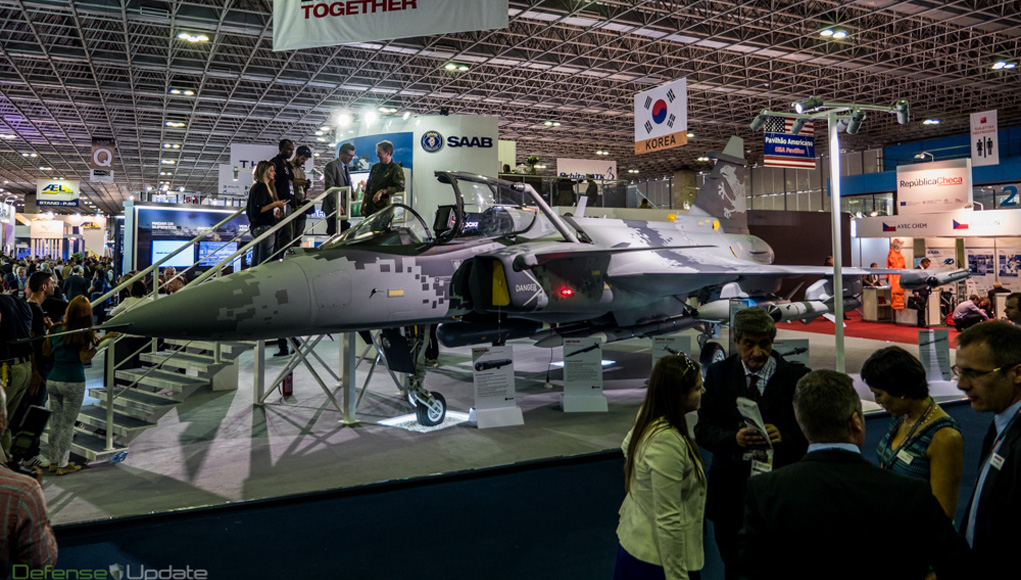 Following the Memorandum of Understanding announced on 11 July 2014, Saab and Embraer have signed today an agreement for the joint management of the F-X2 Project for the Brazilian Air Force. “The Brazilian Air Force sees with great enthusiasm this additional incentive to the Brazilian industry, through the companies of the defense sector. This new strategic partnership confirms that we are building a promising future. The defense industry needs to be increasingly strengthened as it is one of the main drivers of scientific and technological development of our country”, said Aeronautics Commander, Air Force Brigadier General Nivaldo Luiz Rossato.

The sale of 36 Gripen NG aircraft to Brazil under a contract worth US$ 4.55 Billion provides for a complete, ‘turnkey weapon system’, with comprehensive logistic support that includes training, spare parts, support, planning and maintenance. The order comprises 28 single-seater Gripen NG aircraft (a configuration similar to Sweden’s Gripen E model). In addition, Brazil will partner with Sweden for the development and production or eight two-seater aircraft. Saab will deliver the aircraft over a period of five years, from 2019 until 2024.

Beginning in the second half of 2015, a team of Embraer engineers and technicians will be based in Sweden to conduct initial training in the maintenance and development work for the Gripen NG. This skill and competence will subsequently be transferred to Brazil. Embraer and Saab will build an Engineering Centre at Embraer’s industrial plant in Gavião Peixoto, in the state of São Paulo, to support operations of the Gripen NG fighters with the Brazilian Air Force.