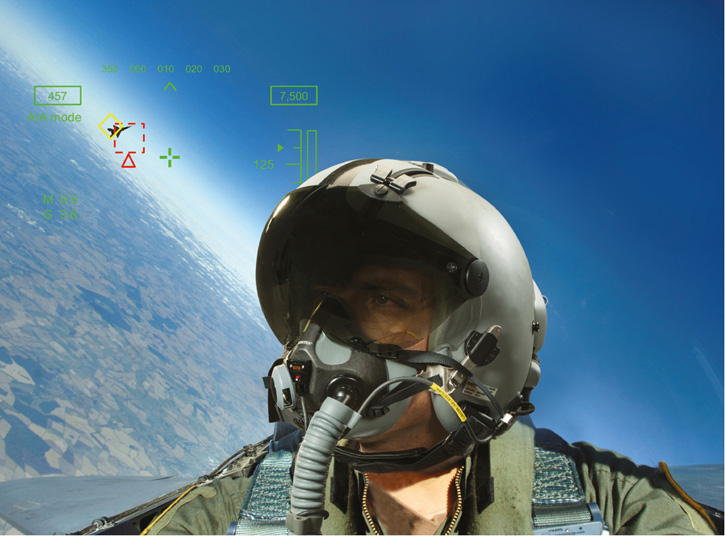 A superficial look at the 51st Salon la Bourget may give the impression that this year’s Air Show is all about civil and commercial aviation. Take a closer look at the aisles and the static park, look under the wings or below some innocent looking planes, and you will realize that military aerospace is still ‘in.’

Obviously, a military aviation enthusiast would like to see the F-35 and the Russian T-50 for a start, as well as other such top performers as the U.S. F-22 and V-22, and the Russian Su-35. But none of these are here. Instead, the French Rafale gloriously celebrates its victory in foreign markets, after grabbing three orders (Egypt, Qatar and soon – India) in just a few months. Its main rivals – the Eurofighter Typhoon and Gripen from Saab are absent.

The absence of 5th generation combat jets does not mean there is no 5GEN technology in the Air Show. On the contrary. Advanced propulsion, futuristic avionics and cockpit designs integrating large displays and helmet-mounted sights, far-sighted Infra-Red Search & Track (IRST) (Air/Air) sensors, datalink software and advanced targeting pods are all here, ready to upgrade current 4.5-generation fighters to the next level.

Air forces now employing upgraded 4th and 4.5-generation fighters also benefit from cutting-edge, Active Electronically Scanned Array (AESA) radars and integration with long-range command and control assets. One of the strategies considered by these air forces is the use of extended-range air/air missiles, enabling the air force with the longer arms and sharper eyes to win the battle before ‘merging’ in a close-range dogfight. Such extended-range air/air missiles are among the new weapons introduced by several missile manufacturers at the 51st Paris Air Show.

One such missile is the Meteor, developed by MBDA and compatible with all 4.5-generation fighters – Typhoon, Rafale and Gripen NG. Raytheon is also developing an extended-range AAM, the AIM-120D variant of the AMRAAM, while Israel’s Rafael is unveiling the latest version of its Derby missile. Originally designed for Beyond-Visual-Range engagement, the I-Derby ER is equipped with a new software-defined active seeker and an enhanced two-pulse propulsion system, dramatically enhancing the missile’s kinematics, particularly at the final phase (endgame) even beyond 100 km.