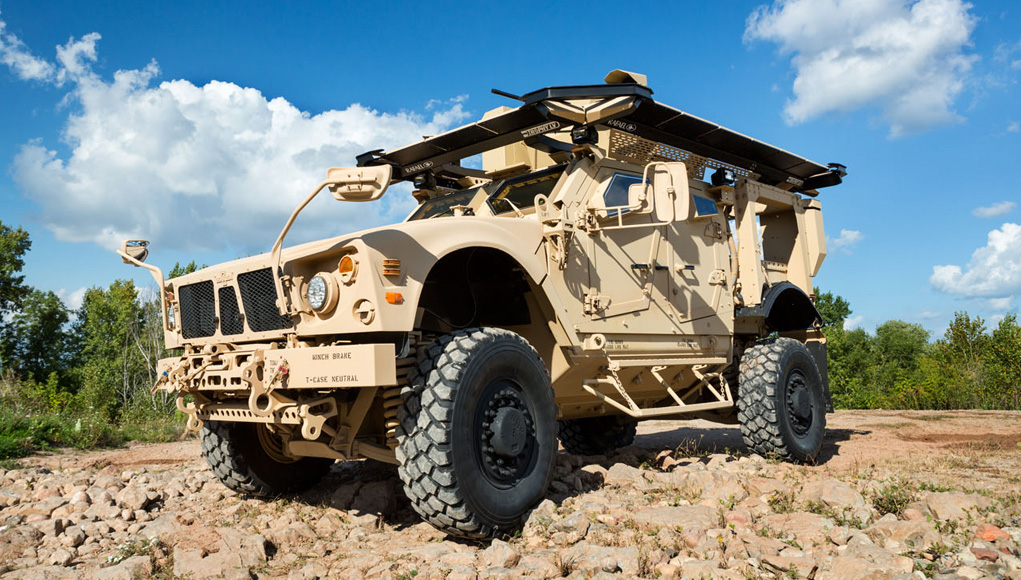 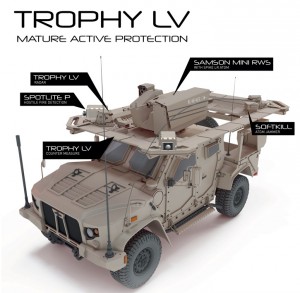 The operational requirement to equip armored vehicles with an APS is dictated by the growing proliferation of advanced anti-armor weapons. Trophy-LV has the proven capability of defeating advanced threats, coupled with the ability to handle all the safety considerations of an autonomous shooting system, an issue that has raised concerns among potential customers for many years.

Configured in a crown-like frame attached above the vehicle’s hull, the application uses two radar sensor modules covering the forward and rear approaches, along with EO-based, Hostile Fire Detection (HFD) sensors, coupled with a remotely-controlled weapon station that can be positioned automatically to engage fire sources detected by the HFD or APS. Both APS and HFD sensors were developed and produced by RAFAEL.

RAFAEL employs IAI’s WindGuard ELM-2133 radar for the heavier TROPHY-HV system used on the IDF Merkava 4M and Namer AIFVs.) TROPHY‑HV has so far saved dozens of soldiers’ lives, ever since its first deployment in August 2009 and especially in “Operation Protective Edge” (summer 2014), where numerous anti-armor threats were launched at Merkava IV tanks equipped with Trophy. None of these potentially lethal attacks caused casualties to IDF troops.

The down-scaled TROPHY-LV offers cost-effective, 360º protection, easy integration, minimal risk of collateral damage, outstanding performance at a fraction of the weight, coupled with the highest level of kill probability.