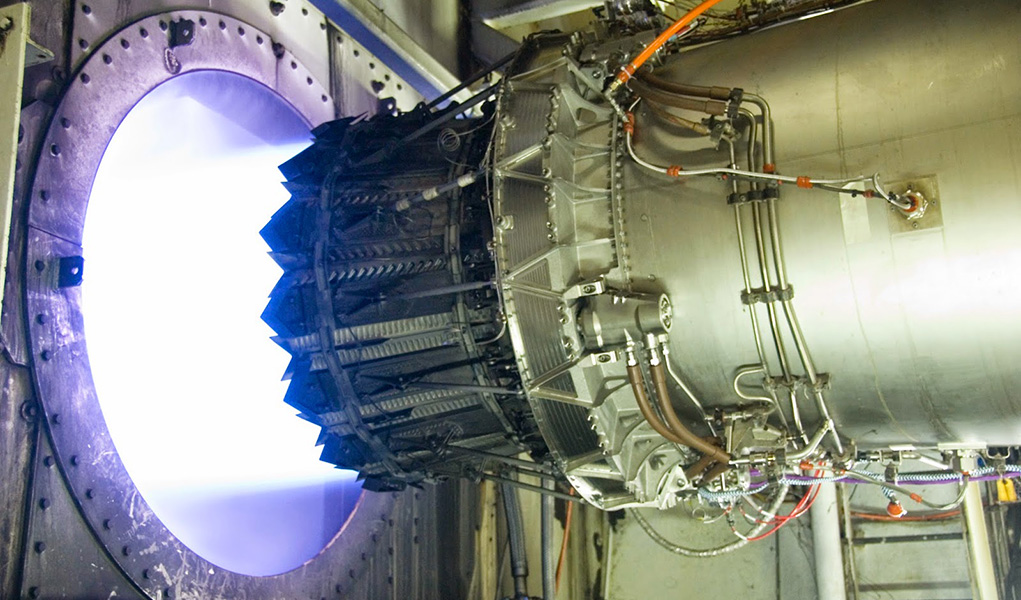 The US Air Force is funding the development of a new class of 45,000 lb thrust-adaptive jet engine, designed to power the future sixth generation fighter in the 2030s. Two contracts were awarded, each to complete three prototype engines in four years.

In June 2018 General Electric Aviation received 437 million dollars for this work; Pratt and Whitney followed last week with an award of a similar amount. The Air Force’s Research Laboratory (AFRL) is expected to invest $1.5 billion dollars in the Adaptive Engine Technology Development (AETD) program through 2022.

The enhanced core is one of the central improvements of the future engine that enables operation at higher temperature and pressure levels. Technologies utilized to manufacture this core include parts made with additive manufacturing, that offer improved efficiency, better heat absorption, reduced weight, and overall increased performance.

The new engine is expected to deliver 25 percent reduction in fuel consumption and improve heat absorption by 60 percent, compared to current engines. Such improvements will increase the fighter range on typical missions by up to 35 percent, while loiter time is expected to extend by 50 percent. The third stream will also provide airflow to generate large amounts of electricity to power high-energy weapons and electronic systems on board.

GE tested the industry’s first and only three-stream adaptive cycle engine in 2014 as part of its AETD program activity. These followed the highly successful Adaptive Versatile Engine Technology (ADVENT) program, where GE reached the highest combined compressor and turbine temperatures in the history of jet engine propulsion. Last year Pratt & Whitney successfully tested an adaptive three-stream fan integrated with an F135 core that validated some of these capabilities. 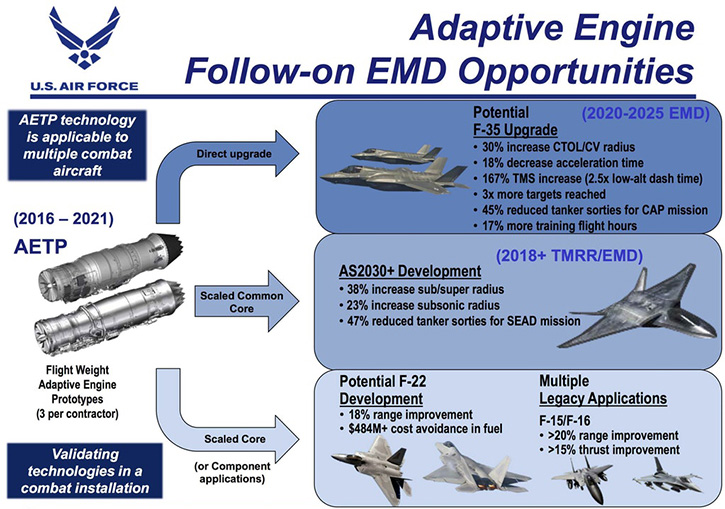