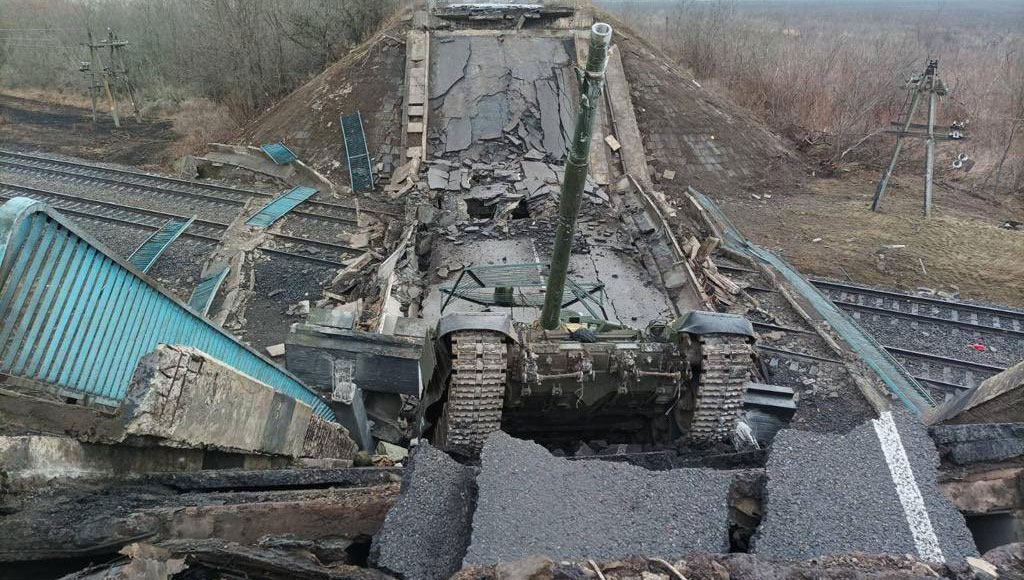 Until now, the war in Ukraine does not reflect the latest technology as analysts would expect. Since 2014 the Ukrainian army has been equipped with many locally produced weapons familiar to the Russians. But in recent months, Ukraine has obtained many western anti-tank and anti-aircraft weapons.

Among them the Javelin and NLAW ATGMs, German-Dutch Panzerfaust3, and AT-4, which have caused significant losses among the Russian armor; they also successfully deployed Stinger and Strela MANPADS missiles against Russian aviation assets, including fast jets such as the Su-27/30, MiG-29, and Su-25 and low flying helicopters, such as the Mi-8/17, 24/35, 28 and Kamov Ka-52.

On the other side, Russian land forces seem disorganized when not posing to their cameras, particularly in the dismounted deployment of mechanized infantry—the lack of organized, combined arms maneuver results in heavy losses in material and lives. In the first three weeks of combat, the loss rate of Russian forces has amounted to about 8-10 percent of their force and turn to use indirect firepower by artillery, rockets, cruise, and ballistic missiles. Even if these attacks are directed at Ukrainian forces, the dispersion of such firepower results in indiscriminate attacks on cities and villages.

Although the massive employment of such military power is impressive, it does not represent state of art in weapon technology. In fact, excluding some operations of unmanned aerial vehicles and cruise and quasi-ballistic missiles by the Russians, the war in Ukraine is fought with 1990s hardware. It follows mid-1900s concepts of operation (CONOP). Unlike the Russian forces that adhered to their legacy CONOP, the Ukraine Army did make significant changes in its plans and equipment following the Russian invasion of Crimea, Donbas, and Luhansk in 2014. Since spare parts for Russian-made weapon systems were no longer available, reverse engineered, and improvements were introduced. New equipment was added, including turrets guided missiles from local production, up to new main battle tanks and APCs.

Another problem the Russians may have encountered is the Ukrainian shift from using Russian electronic equipment. Since 2015 Ukraine has established closer links to NATO and conducted many joint exercises with Western forces. They also changed some of their communications and electronic equipment that was exploited by the Russians in 2014, making electronic warfare more challenging.

Both Russia and Ukraine promoted many advanced weapons concepts and military technologies, implemented in new platforms or enhancements of existing ones. Helicopter self-protection systems are one example developed by the Russian and Belarus companies following the hard lessons learned during the Russian war in Afghanistan in the 1980s. However, based on images and videos shown in recent days, only a few of those systems were installed on aircraft sent to the battle in Ukraine. Self-protection systems were developed and integrated on Mi-8/17, Mi-28, and Ka-52.

Given many Russian losses of helicopter and fighter jets, the Ukrainian Air defense seems to do well even without the air surveillance and early warning radar network and top cover of the S-300 missiles that the Russians targeted during the first day of the war. Ukraine deployed large numbers of MANPADS, including Russian SA7/14 Strela and their Polish developed Grom and Piorun cousins, along with FIM-82 Stinger missiles delivered by the USA and some NATO member countries. The Ukraine Army operates those missiles on mobile platforms carrying quad-launchers. Based on some videos, those launchers use a new method of firing a salvo of four missiles at a single target, thus overcoming the countermeasures deployed by the target and increasing their hit probability.

Lack of effective directional infrared jammers required the aircrew to deploy an excessive number of flares to defeat MANPADS. But due to the intensive fighting and difficulties in replenishing ammunition and logistics, helicopters use fewer than an optimal number of flares or run out of flares when they are still in the hot battlespace, thus suffering increased losses. The lack of Directional Infrared Countermeasures (DIRCM) is especially evident. It should be served as an urgent lesson for NATO since these countermeasures aren’t used on many of the alliance’s helicopters. The Russians developed DIRCMs to augment those flares and displayed such devices on some Russian helicopters in recent defense exhibitions (Dubai Airshow 2021, ArmyForum 2021, for example) but were not deployed on operational helicopters. The Russians also trusted the large flare dispensers used on their helicopters to store enough flares to meet the threat. Unlike some western forces, they did not follow the multi-flare path adapted by Western armies, which enabled helicopters to double, even triple the flare effect they deploy from a single dispenser.

The survivability of armored vehicles is also questionable, given the large numbers of main battle tanks destroyed by both sides and many others abandoned due to mobility issues. Both sides use Russian-made tanks that were produced in Ukraine and Russia. Both sides rely on similar guided weapons – primarily laser beam-riding anti-tank guided missiles (ATGM) such as Matis, Kornet, Stunga, and Skif. These missiles are equipped with tandem hollow-charge warheads and are employed in a direct attack, striking the hull or turret in a horizontal approach.

The tanks of the two sides differ in some elements and are well protected on the front and sides. Still, either side failed to remedy the inherent vulnerabilities of those vehicles – their top armor is tin-can thin armor exposing the turret, crew, and ammunition to be hit and explode. Western anti-tank weapons like the Javelin and NLAW pursue this weakness, as do the Turkish MAM-L, MAM-C, and Bozok, miniature and small-sized guided bombs released from the Bayraktar TB2 drones. Both Russia and Ukraine developed active protection systems for their armored vehicles but were not ready to be deployed in combat. The metal frames installed on some Russian tanks did not disrupt the top attacks as expected. Many of the tanks were destroyed with their cages, as did many Ukraine armored vehicles protected by bar armor, demonstrating that in a high-intensity war, the statistical armor addressing only specific weapons (RPG) is practically dead weight on the vehicles.

Another questionable issue is the scale of drone operations by both sides. Recent conflicts in Syria, Libya, and Nagorno Karabakh have shown many drones being used, lost, or shot down. This extensive operation also delivered a torrent of videos and images both sides used to brag about their battle success. In contrast, the situation in Ukraine is different. While there are some videos of Ukrainian drone activity, the Russian side shows little, and the images are less convincing than those provided by the same systems in other conflicts. The lack of credible videos brought some Ukrainians to fake drone combat footage using simulated attacks. The change could be caused by a lack of assets availability (drones hit on the ground or airfields disabled by Russian attacks) or the bad weather over Ukraine since the war began.

The Russian forces are equipped with tactical drones, such as the Orlan 10 and Enics. Ukraine is also using commercial drones hacked to carry explosive charges, and some loitering weapons rushed from development to the field to be tested against the advancing Russians. Lacking convincing aerial footage, the Ukrainians sought ‘fillers’ provided by what looks like amateur drone pilots using commercial drones to follow combat operations in their area. It isn’t clear whether these are official clips or amateur videos.

Russian armored vehicles were known for their mobility and reliability in the past. But in the Ukraine war, both Russian and Ukraine AFVs performed poorly, with many wheeled and tracked vehicles abandoned after suffering technical malfunctions, stuck in the mud, lost tracks and wheels, or simply running out of fuel. The low mechanical condition of the vehicles could be attributed to the high secrecy of the invasion plans that followed months of training in Belarus and Russia. Those vehicles were used extensively during the exercises but were not restored to fighting conditions in their barracks, as military forces often do after training. As for Ukraine, many main battle tanks and other armored vehicles damaged during the combat engagement were abandoned in the areas taken by Russian forces and could not be restored. The Ukrainian troops seized some Russian T-80s and may be able to restore them, but The Malyshev tractor factory plant in Kharkiv, where Russian missiles recently struck many of the T-80s and Ukraine’s T-84s.

For the first three weeks of the 2022 war in Ukraine, man-portable weapons – anti-tank and anti-aircraft missiles have become the clear winners of battles. Ukraine uses a wide variety of them, with tens of thousands of short-range armaments received from the West. They were forward deployed to units, where small teams engaged the advancing Russian forces on the roads, villages, and towns. However, their success is also Ukraine’s demise, and they drove the Russians to use heavy firepower from standoff range. Against these attacks, the Ukrainians have no defense – as the Russian forces try to devastate, decimate, and demoralize the Ukrainians to surrender. 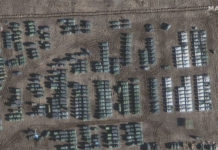