Above: Concept view of the new MRTP 33, a stretched version of the MRTP 29 boat, in service in the Turkish Navy. Below – The Russian Mirage FPB boat. Bottom: Interceptor DV-15 Fast Boats.

The growing popularity of the use of boats for hobby, leisure and sport, is accelerating the growth of the fast-boat market and the introduction of faster and more advanced vessels. Such boats, when used by outlaws, pose a serious challenge to law enforcement authorities, and, when deployed by terrorists, can pose a serious threat to national security.

Speed is not always the first priority 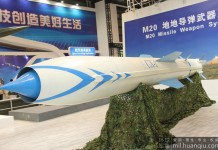