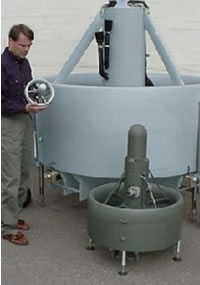 DARPA is conducting an Advanced Concept Technology Demonstration (ACTD) program to demonstrate the military application of a backpackable miniature UAV systems operable by an individual dismounted soldier. The program focuses on a miniature design, capable of vertical takeoff and landing, which will be optimize for operations in difficult and restricted environments such as an urban environment, operations in confined spaces; high concentrations of civilians, as well as in mountainous terrain and heavily forested areas. The current program also focused in the reconnaissance and surveillance applications of the system. One of the candidate systems is a scale-down version of the iSTAR system, developed by Allied Aerospace for the DARPA OAV program