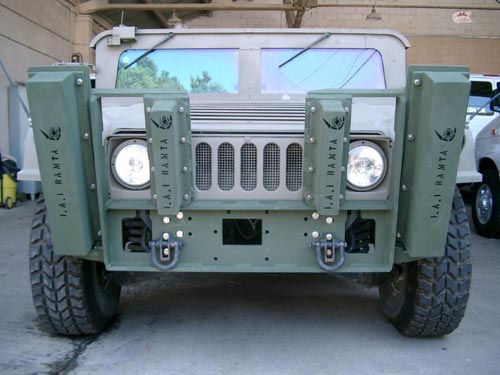 IAI/Ramta developed several versions of Magnetic Mine Actuating Systems which are currently operational with several armies worldwide. In 2003 the company tested the third generation of the On-Board Anti-Magnetic Mine Actuating System went through a demonstration and testing by the Israeli Army, and the US Naval Surface Warfare Center. The system detonates magnetic influenced anti-tank mines at varying distances outside the ‘kill zone’ of the mines to the front and sides of the host vehicle. Such mines can be buried by hand, or used in area tactics dispersed from helicopters, artillery cargo projectiles or cluster bombs, and cargo munitions. The anti-magnetic countermeasure system can be configured to specific vehicles, with two or four ruggedized emitters mounted on tanks, APCs or light vehicles. It can be used on finished or unfinished road surfaces, and cross country. The system also has an integrated training mode.