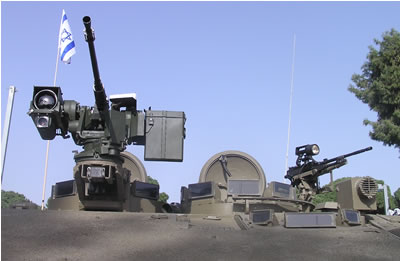 Another feature designed for the Merkava Mk 4 is a new turret mounted weapon station, controlled by the crew from within the fighting compartment. The IDF is testing several weapon stations, developed by RAFAEL, IMI and Elbit Systems.

Elbit is proposing this weapon station for lightweight patrol vehicles, such as the up-armored Humvee. Elbit and RAFAEL have also developed new overhead weapon stations, designed for APCs and wheeled fighting vehicles (such as the Stryker). Both systems use an elevated system design, mounting the ATK Mk44 automatic 30 mm gun, operated via remote control from within the fighting compartment. The RAFAEL system is designated RCWS-30 while Elbit’s entry is designated ORCWS-25-30. 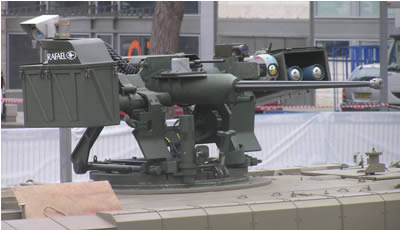