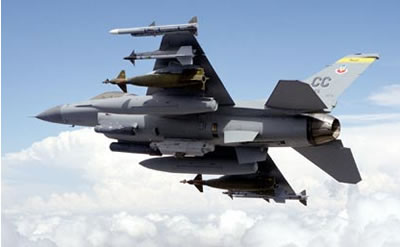 Up to 650 Block 40/42 aircraft of the USAF and US Air National Guard are being upgraded under this program. The upgrades also provide a high degree of commonality and convergence of existing fleets with new production F-16s built for international customers, and with the F-16 Mid-Life Update being performed on 400 F-16A/Bs operated by five European NATO partners. The program is divided into phases: Phase I and IA for the initial systems to Block 50/52 aircraft; Phase II for the full modification to Block 50/52 aircraft; and Phase III for the full modification to Block 40/42 aircraft.

Preparing for Future Upgrades
With the recent acquisitions of F-16s, Lockheed Martin plans to sustain production on the F-16 line at Ft. Worth beyond 2010. Major upgrades for all F-16 versions are being incorporated to keep the fleet modern and fully supportable over the aircraft’s long service life. As all F-16 blocks, recent production blocks of the F-16 such as Block 50, 52 and 60 are also designed, from the ground up, with enough growth potential in weight growth, cabling, data connectivity and capacity, electrical power, and physical space, to enable growth throughout a life span of 40 years and beyond. Utilization of standard interfaces such as 1760, 1553 and the new FiberChannel five channels, Gigabit rate databus, enable rapid interfacing and data sharing throughout the aircraft systems. In addition to the production programs, Lockheed Martin has incorporated a “roadmap of convergence” for F-16 upgrades and production aircraft, consisting of an integrated plan that will result in maximum commonality throughout the fleet.