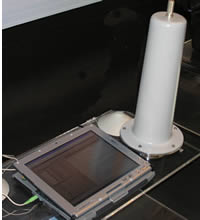 Other means are available for tapping into central cellular and Telephone Company (TELCO) switchboards, allowing intelligence agencies to screen thousands of calls and intercept communications between suspects based on voice signature, or usage of specific words, names, or locations. Similar activities performed over the Internet include ‘data mining’ e-mail and Internet traffic for valuable intelligence. In order to be considered ‘valuable’, information does not have to include words such as “bomb” or “IED.” Data mining can be accomplished using criteria that are more general, including usage patterns, communication with known or suspected IP addresses and traffic to and from specific locations.

Remote activation of explosive devices is another capability of commercial communications used by urban guerillas. Wireless phones, remote control equipment, and infrared remote controls are some of the activation devices that have been used by insurgents in the Middle East for the past few decades. Military forces are countering this threat with a wide range of countermeasures, constantly improved to attempt to stay ahead of evolving threats. Consequently, unlike common Information Warfare operations, where jammers are only employed by specialist Electronic Warfare units, Urban Combat (UC) and SASO require the use of IED Jammers by every combat vehicle, EOD team and even by dismounted patrols. This trend has led to the development of reliable, effective, “switch on and forget” jammers that can effectively combat remote triggering of IEDs without degradation of the vehicle’s or individual’s communications system. This type of electronic warfare has created many electronic engineering challenges.