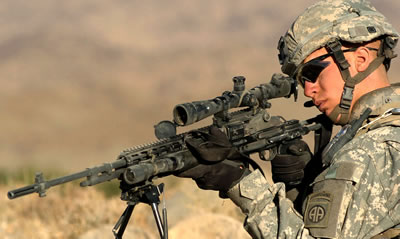 Because the use of heavy weapons is restricted in urban environments, the employment of Effects Based Operations (EBO) has become more desirable for many operations. EBO provides commanders with a methodology, and planning and prediction tools to assess the effects of different types of operations, including employment of forceful activities by lethal weapons of all types.

First, tanks are a lucrative target for guerillas and damaging or destroying a tank is a “morale booster” for them. Contributing to this problem is the fact that, as stated above, tanks are more vulnerable to guerrilla attacks when employed in urban areas.

Second, excessive damage caused by tank weapons can have long lasting negative effects and can lead to restriction of commanders’ freedom to use tanks in their operational areas. This is why, in several instances, the US Army in Iraq has restricted firing of 120mm tank guns without the specific approval of battalion level operational commanders. The problem is that, when tanks are using their HEAT or KE main gun ammunition against an urban target, they frequently cause far more damage than is required to eliminate the target. These ammunition types can completely penetrate buildings, pass through multiple walls and endanger non-combatants and friendly forces over a wide area.

The use of artillery and mortar fire, with associated explosive and fragmentation effects, can also cause a lot more damage than is necessary to accomplish the mission. The ballistic trajectory and rapid response of these weapons are perfectly suited for engaging urban targets since they can attack protected targets from above, however, the inherent inaccuracy of these area fire weapons, and the large amount of fragmentation caused by surface impact, limits their use in UC. An artillery shell or mortar bomb usually explodes on impact, rarely penetrating hard surfaces. This causes disproportionate collateral damage. When terrain allows line of sight aiming, artillery can be used in direct fire mode to engage specific point targets with high precision, but opportunities for direct fire are rare in urban combat. Mortars have no direct fire capability, so employing them safely in urban terrain requires the use of guided munitions, which are currently under development.

One of the preferred methods of employment of EBO are the “networked snipers” and  precision-guided weapons, based on detailed intelligence. Suitable weapons include guided missiles of different types: laser homing weapons, electro-optically guided weapons with “man in the loop” control, and, to a limited extent “fire and forget” autonomously guided weapons. Precision weapons are employed when targets are positively identified and confirmed by intelligence sources. The weapons can engage specific targets, such as positively identified armed personnel, vehicles known to be involved in weapons trafficking, an assembly of enemy commanders etc., in real-time. Here, one strike by a single weapon can cause more devastating long term effects than a massive air or ground attack while eliminating much of the risk of collateral damage.

Effects Based Operations are not limited to the use of lethal force. Employment of non-lethal measures has fewer long-term consequences and can actually be more effective and than lethal weapons when these techniques are employed in SASO and urban environments. A wide range of non-lethal and less-than lethal means are already available for use by military forces, from active and area denial systems, through various deterrents and means of forcible response used with standard military weapons, to advanced standoff means for restraining suspects. New less-than lethal munitions are currently under development for tanks, grenade launchers, remotely controlled and autonomous land mines, and perimeter defense systems. 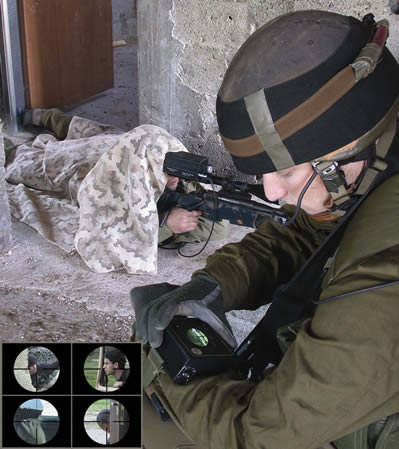 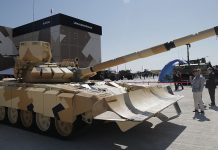 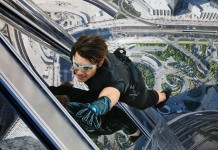