Home Regional News Middle East Is a War between Syria and Israel Inevitable? 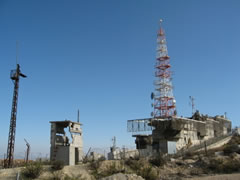 There is a consensus within the Israeli defense establishment and intelligence community that very soon the government will have to make a decision on Syria. Years of passive foot dragging seem to come to an end and a political decision cannot be postponed for long. There are only two major options: Will Israel enter into highly controversial talks with Bashar Assad’s regime, or will a military confrontation become almost inevitable?

Intelligence reports, following last year’s controversial Lebanon war, indicate that Damascus has made its strategic decision to regain the Golan Heights; it lost forty years ago in the 1967 Six Day War.

The recent UN Security Council’s decision to establish an international tribunal to try Basher Assad and his close entourage for its alleged murder of former Lebanese Prime Minister Rafik Hariri has already made the Damascus leadership frantic and analysts estimate that Syria will initiate some action before this tribunal will actually decide its ultimate fate. The present outbreak of fighting in Lebanon seems to be the first harbinger announcing what is in store. White House press secretary Tony Snow specifically named Syria acting behind the present fighting in Lebanon. Speaking to media reporters last Tuesday, Snow said: “We will not tolerate attempts by Syria, terrorist groups or any others to delay or derail Lebanon’s efforts to solidify its sovereignty or to seek justice in the Hariri case.”

Although a full-scale war with Israel seems to be at best a rather hazardous adventure for Bashar Assad, it seems that the young leader has taken a leaf out of his long admired tutor Hassan Nasrallah’s book, becoming an avid student of his methods. On this trend, Assad could well be tempted to initiate a limited ground attack on strategic sites on the Golan, for example, a repeat performance of his father’s daring feat during the opening stages of the 1973 war, when a surprise helicopter-borne raid by the Syrian 82nd para-commando battalion successfully captured the Israeli observation site on Mount Hermon. The Israelis must be aware of the enormous propaganda value, that such a military bravado could achieve succeed and do everything possible to avert such a coup. In the latter phases of the Yom Kippur war, recapturing the Hermon redoubt by the Elite Golani infantry brigade, took heavy casualties in the heroic, but futile effort.

The military establishment in Damascus will certainly realize that the Syrian army has no chance of beating Israel in a full-scale war, but it could nevertheless deal it a painful blow with a surprise attack, buying young Assad his much needed popularity among the masses of the Arab world.

Israeli intelligence assessments notice that the Syrians may indeed be heading for a military option, convinced that Israel has lost its former “killer instinct” fearing another conflict so soon after the Lebanese debacle. This feeling relates to the Arab interpretation of the Winograd report and its public repercussions, as well as Israel’s reluctance towards an determined military response against the continued Hamas Qassam rocket bombardment from Gaza on Israel’s sovereign territory. Based on this concept, the Syrian military establishment perception is that there is no need for a large ground forces operation, but rather, a massive missile offensive targeting the dense Israeli population centers along the Mediterranean coastline. Thus, for the past two years Syrian has been engaged in massive acquisitions to bolster its missile arsenal.

According to the local press, IDF Northern Territorial Command intelligence estimates are based on the assumptions, that while Syria’s military threat has not changed substantially, a limited military act could become feasible if the situation will warrant such a move. As far as is known, the Israeli intelligence community does not have information pointing to clear intentions on the part of Syrian President Bashar Assad to launch a war. However, there are reports about ongoing preparations which the Syrian army is making for such a contingency in accelerated training, exercises and urgently given top priority to major arms acquisitions, mainly from Russia, Ukraine all funded by an emergency grant from Tehran. Intelligence researchers are finding it difficult to formulate a bottom line: whether Assad truly intends to go to war or if he is merely taking measures to be on the safe side, while seeking to exert pressure on Israel to renew peace negotiations at the lowest price tag.

For the IDF Brass, Bashar Assad’s intentions are of secondary importance. Based on the rather mediocre performance of its land forces in the Second Lebanon war, the army is now preparing for every contingency along the Golan Heights and in order to retrain its first-line ground formations in high-intensive warfighting, the IDF has already engaged in massive large-scale ground maneuvers, simulating every possible combat scenario, which could become feasible in the event of a Golan War. Based on new weapons known to have equipped Syrian front line troops, such as AT-14 Kornet-E and AT-13 Metis-M, tank crews have been retrained to counter such weapons – Merkava tanks are being refitted with the new Rafael Trophy active defense system and new systems will be fielded soon into first line forces arsenals. Emergency depots have been restocked with the latest equipment for first line reserve units, earmarked for deployment on the Golan Heights.

Satellite and Electronic surveillance has been upgraded and placed on twenty-four hour high-alert status, to monitor any change in Syrian forward and rear deployment, in an effort to eliminate any chance of repeating the catastrophic intelligence failure in the first hours of the 1973 Yom Kippur war. Last week, a large-scale strategic command exercise, part of a series of high level exercises code-named “Firestone 10”, has examined the various scenarios of a two-to- three frontal conflict, involving Syria, Hezbollah and Hamas. The exercise included the full scale deployment of new information systems that integrates the strategic and territorial commands. The four day exercsie was the largest peace-time conceptual test of its kind held for a long time by the top military establishment- a distinctive outcome of the Winograd commission recommendations.

But since last May, the Syrian army has also been engaged in a series of wide-scale military exercises. In 1973, as it may be recalled, these exercises turned out to be a de-facto attack. Even Israel’s ambassador to the US, Salai Meridor, has officially confirmed that Syria has significantly boosted its military presence on the border with Israel. “Since the Yom Kippur War Syria had not deployed such a significant number of forces along its border region,” he warned. Whether these military preparations on both sides are offensive or defensive nature cannot be verified, But is a history proven fact, that most Middle East Wars have started unintentionally, from miscalculations or foreign manipulated and falsified disinformation! To remind only of a few outstanding examples:

Based on these examples, a war between Israel and Syria could break out over the same miscalculations, if necessary steps not be taken to avert such a tragedy in time. Unfortunately, the Israeli General Staff vividly remembers an incident, which is still haunting its intelligence community to these days. In summer 1996 Israel was on the brink of war with Syria. Syrian forces had redeployed its elite forces to the eastern slopes of the Hermon mountain region, poised for a commando strike on IDF positions on the Golan Heights.

As tension escalated further, Syrian and IDF armored forces deployed within striking range of each other. The reason behind the tension was a certain Mossad agent, named Yehuda Gil, a man with highly respected reputation who had intentionally provided falsified intelligence reports to his superiors, allegedly indicating reliable sources providing information over a Syrian plan to re-occupy the Golan Heights by force. Luckily, suspicions surfaced within Mossad and Military Intelligence, contradicting Gil’s information. His dubious assessment was over-ruled, but not before the cabinet had debated whether or not to mobilize – fearing the country could face another Middle East war. Gil was charged with treason, tried and incarcerated for a long period. Since that serious incident, the intelligence community has been extremely overcautious in its assessments.

Based on his perceptions, that last year’s Hezbollah rocket campaign on Israel’s rear was successful, the Syrian president could opt for an opening gambit, by launching a massive Scud attack on Israeli population centers and major strategic targets, (the latter would prove doubtful, as Scud missiles have only limited accuracy, insufficient for precision target strikes). Such a move, having perhaps considerable psychological, but only limited strategic value, would certainly provoke swift and deadly retaliation, with grave consequences on Syria. First of all, it must be remembered, that only a small portion of Hezbollah’s four thousand rockets and missiles caused casualties among Israeli civilians. Even Saddam Hussein’s four week Scud offensive in 1991 affected only a single fatality! Moreover, Israel’s vigilant spy satellites, ELINT and SIGINT monitors, would no doubt give sufficient early warning to place the majority of Israel’s public under well-prepared cover before the actual strike is launched.

On the other hand, the situation in Syria’s five million packed capital would become catastrophic, as Israel strikes back. As long as it holds its present positions on the Golan heights, Israeli long-range artillery can submit devastating bombardments on Damascus, without moving a single tank or aircraft. The Syrian population has neither shelter, nor training to prevent a human catastrophe, which would certainly unleash tremendous outrage ultimately endangering Assad’s long-time Alawite minority regime.

A war with Syria will be different from what happened last year in Lebanon. There, due to political constraints, the Israeli air strikes were confined to Hezbollah related targets, leaving most of the Lebanese infrastructure intact. No such limitations will prevent the air force from devastating Syria’s economy. During the 1973 Yom Kippur War, Israeli air strikes virtually paralyzed the Syrian economic and administrative infrastructure, which took years to restore. For such a contingency, the Israeli “stand-off firepower” concept, which failed in Lebanon, could become an ideal military tool against Syria.

Under such stringent circumstances, it would seem illogical for Syria’s president to enter into a highly dubious adventure against Israel. But in order to avert a dangerous miscalculation, both sides would do well to minimize their already highly superfluous rhetoric and seek a peaceful solution, which is still the preferred option over a costly confrontation.