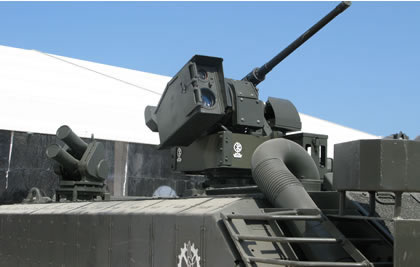 Head of IAF Operations Division and Commander of the IDF Land Forces Command Agree that Better Communications and Coordination is required for more effective air support for the ground battle.

The air force made a tremendous move in its capability to support ground forces, with the transformation from statistical to precision weapons. These new capabilities provide a unique advantage for land forces and land maneuver battle. “Targets that would require tens or hundreds of sorties in the past could now be destroyed with a single weapon launched from a single aircraft” Brigadier General Nimrod Shefer, Head of Israel Air Force (IAF) Operations Division told attendees at the ‘2nd Latrun Conference for Land Warfare’, September 2008. Targets can be engaged soon after they are detected, as kill-chains cycles are minimized by improved networking. Furthermore, operational tempo is increased by the use of high-precision, autonomous weapons that can be launched under all weather and visibility conditions, from stand-off range. General Shefer considers air support as an essential component to the success of the land battle. “Battlefield preparation’ preceding an attacks becomes a critical factor for the success of the land maneuver battle” said Shefer. Such attacks will precede any land maneuver, eliminating the majority of known targets and prepared installations, and wear away the much of the enemy front line forces, command structure and reserves. “The air force can attack and destroy hundreds or even thousands of targets in the front and rear, assisting the ground forces before and throughout their land maneuver” he said. Nevertheless, such attacks require a ‘price’ – since the ‘volume’ of such activities is limited, as each mission requires extensive preparation and control throughout the engagement.

General Shefer indicated that the success of such support is dependent on achieving ‘air superiority’ over the battle area. “The enemy always tries to challenge our air superiority with air defenses. that’s why this superiority is not total, and could be challenged in certain areas or times, and is particularly problematic when operating deep in enemy territory” said Shefer. Another factor that might influence the availability and success of direct air support is the quality of intelligence and targeting. “Precision weapons require highly accurate targeting and intelligence, hence, the cost and demand for better intelligence is always growing. Precision attacks are definitely more accurate and effective but usually reduce the capacity of attacks being generated. He considers statistical attacks, particularly in close air support, as passé “High volume air attacks is a complex, progressive operation which is very difficult to stop when mistakes are realized, therefore they are least used in situations involving close air support” said Shefer.

General Shefer recommended the land and air forces should employ cooperative engagement centers to plan, prepare and process a dynamic target set for future operations, and execute attack plans to sustain attacks at the high capacity levels required in future conflicts. Further effort should be placed to improve communications between the land and air components, establishing a ‘common language’ facilitating simpler coordination between pilots and ground forces.

Although the IDF considers ‘owning’ fire support weapons capable of firing at extended ranges a priority, Major General Avi Mizrachi, Commander of the IDF Land Forces Command admits that “being realistic, it will be easier to get this support from the air force”. He agrees that the establishment of better coordination with the air force is an essential requirement for improving direct close air support for the land forces. In the future, General Mizrachi said the IDF plans to develop a range of unmanned combat vehicles and reestablish its amphibious landing capability. Through their recent training, IDF commanders are trained to conduct full scale, high intensive operations that prepare their units for both asymmetric and high intensive warfare. Maneuver warfare has become part of their training, and this will further improve with the fielding of more advanced platforms in the coming years. “We plan to establish a common mobility capability for all combat elements of the land maneuver force” said General Mizrachi. “While the IDF has always favored the indirect approach, we must be prepared to take the enemy head on, if necessary.” This means improving obstacle breeching, urban combat, protection from roadside bombs and heavy mines and the better capability to handle targets in buildings and bunkers.