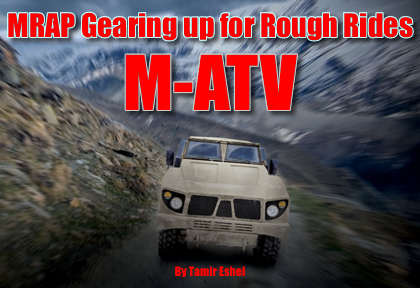 The Force Protection Cheetah was one of several MRAP All Terrain Vehicle candidates that won the U.S. Army Tank-Automotive and Armaments Command (TACOM) contract worth $1 million for two technology demonstrator vehicles, after passing the initial evaluation in February 2009.

Force Dynamics is offering the Cheetah for the Army-USMC M-ATV program. The vehicle uses the high V-shaped geometry to deflect blast and maintain the crew about one meter (three feet) high over the ground, thus mitigating much of the blast effect. Originally, Force Protection considered offering the 4×4 Cougar, equipped with independent suspension but this vehicle’s weight was considered too high for the M-ATV requirement.

The vehicle has a curb weight of 20,800 lbs and total combat weight of 23 tons offering payload capacity of 2,200 lbs. The Cheetah is also using independent suspension and high power/weight ratio offering 300% increase in mobility. It can reach a speed of 77 mph on road, accelerating from 0 to 30 mph in 10.3 seconds.

It can travel over 330 miles without refueling. Cheetah designed with better mobility from the outset and is well within the weight level required for M-ATV. The M-ATV Cheetah incorporates several improvements to the original FPI Cheetah, including independent suspension, additional interior capacity, and a significantly increased power-to-weight ratio. The vehicle can be equipped with Force Dynamics’ Force Armor kit protecting against EFP. The interior and rear part is reconfigurable, offering two side access and one rear doors and crew/passenger equipment stowage.

The Cheetah was one of two M-ATV vehicles that passed the initial the U.S. Army Tank-Automotive and Armaments Command (TACOM) evaluation in February 2009 and won contracts worth $1 million, each for two technology demonstrator vehicles. Oshkosh Defense was the second company winning such contract. In early May Force Dynamics and Oshkosh both announced they have passed the preliminary Army selection and were both awarded an IDIQ contract to supply three additional production ready vehicles, toward final selection later in May.

Damon Walsh, executive vice president for Force Protection and program director of Force Dynamics, commented, ”Delivery of these first test vehicles and the subsequent sale to TACOM is an important milestone gate in the M-ATV competition. We have long believed that there was a need for a lightweight, highly mobile and highly survivable tactical wheeled vehicle to supplement the current fleet. We are proud, not only to have pioneered the MRAP category of vehicles with our Cougar MRAP, but to have foreseen – through the development of the Cheetah – the need to evolve the category with enhanced mobility to navigate the rugged terrain and wider variety of missions that characterize the conflict in Afghanistan. Our troops can’t afford to choose between mobility and survivability; they deserve both and the Cheetah was designed to meet this very requirement.”

Force Dynamics is a joint venture between Force Protection and General Dynamics. Together, the two companies have delivered over 3,000 Mine Resistant Ambush Protected (MRAP) Category I and Category II vehicles under the MRAP program. Force Protection has commenced low-rate production of the Cheetah at its Ladson, South Carolina, facility and Force Dynamics has begun to procure long-lead materials to move from limited to extended production of Cheetah vehicles. The other vehicles that passed the initial evaluation are the two models proposed by BAE Systems and the MXT, submitted by Navistar. 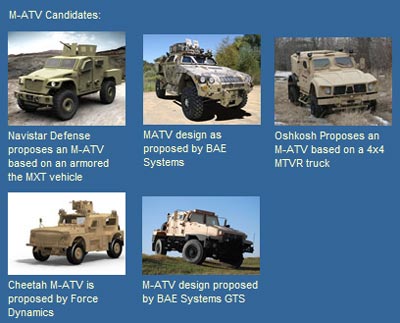 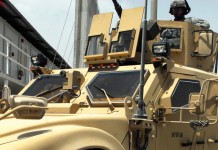