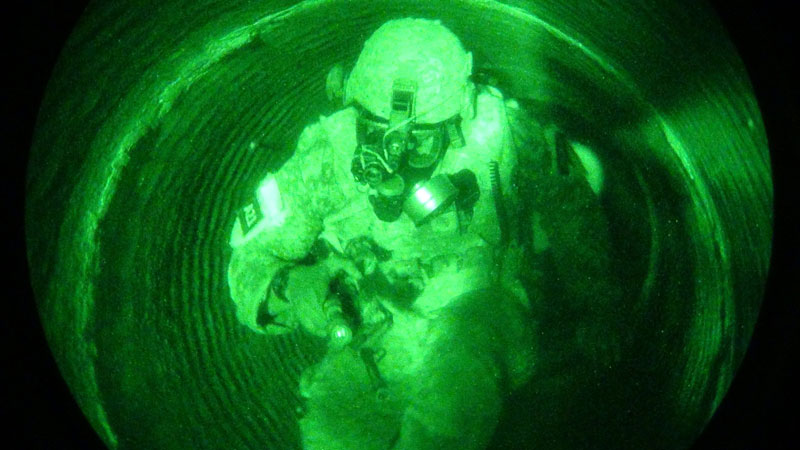 Tunnels warfare is not new, in fact it has been part of military history since ancient times, through the 20th century. but has been abandoned by modern military with the introduction of mobile warfare, which rendered the static and slow subterranean warfare useless in face of rapid, dynamic enemy. During the 21st century Subterranean Warfare emerged once again, as insurgents turned to the underground domain pressed by overwhelming technologically-driven Intelligence, Surveillance and airborne reconnaissance (ISR) capabilities mastered by regular military forces, particularly western militaries.

In an effort to extend the military capabilities to operate in the subterranean environment (Sbt OE) the US Army Rapid Equipping Force (REF) has published a call for information for industry, to provide a range of solutions for this challenge. Among the tools the Army is looking for are measures improving underground mobility, using both manned and robotic equipment. Operating robots within the confined space of the tunnel is quite a challenge, as remotely controlled robots must deliver effective orientation beyond line of sight. Wireless communication with the robot is another issue requiring deployment of repeaters to extend its range. Orientation without GPS is also a challenge, which can be solved by mapping the subterranean space, although this process may require time.

Autonomous operation of unmanned vehicles, either unmanned ground (UGV), air vehicles (UAV) or ground crawlers (insects or snake like robots) can overcome this challenge, when such robots are given the necessary sensory inputs (sonars, laser scanners etc.) to maintain situational awareness and directional control. However, adding those features to existing robots could be quiet challenging, when packed in a small footprint. Also required are new technologies improving underground communications, navigation and situational awareness.

Breeching systems are also required, particularly ‘cold’ breeching devices that would enable soldiers to overcome barriers without using explosives in the confined space of the tunnel. Compact ladders and rappelling equipment may also be required to overcome vertical obstacles.

After the an attack from Gaza in June 2006, when Palestinians infiltrated into Israel through a ‘strike tunnel’, killed two soldiers and abducted Gilad Shalit, the IDF elevated the threat of strike tunnels including this challenge among its highest priorities. Particularly the detection of tunnels as an urgent operational need. Many technologies were evaluated, and some actually put to the test, at a special test range that has been established by the Israel MOD. Among the systems considered were seismic sensors, designed to detect subterranean work in progress, trenching systems that could open deep trenches in the ground, in an effort to uncover tunnels penetrating into Israel, even flood suspected areas to disable tunnels was considered.

A parallel effort was also conducted by the USA, as part of a joint program sponsored by the US Army and department of Homeland Security (DHS). As a single technological solution has proved marginal at best, a combination of a number of sensors could provide better results in the detection of underground activity. In 2007 Georgia Tech has studied the use of combined electromagnetic and seismic sensors to detect shallow tunnels. In 2009 the US Department of Homeland Defense has tested an unmanned aerial vehicle carrying hyper spectral payload working on a Back in the USA, similar technological efforts are directed at remote sensing.

However, sofar none has delivered conclusive results. Other capabilities considered for the task include hyper spectral surveillance, precision mapping and surveillance, acoustic/seismic surveillance and measuring minute changes in ground surface – all as part of a relentless effort to uncover the subterranean activities deep under the surface.

Following the repeated Palestinian attacks during Operation Protective Edge (July 2014) the I-MOD announced that yet a another technology has been tested and demonstrated promising results. 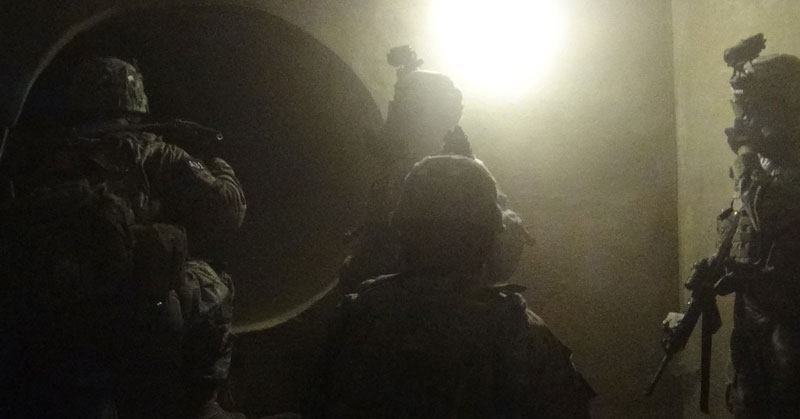 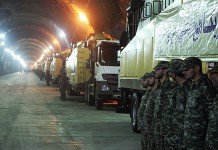 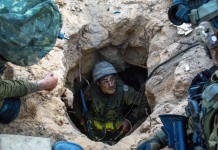 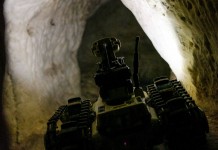 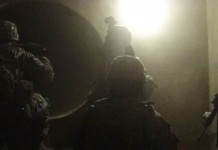