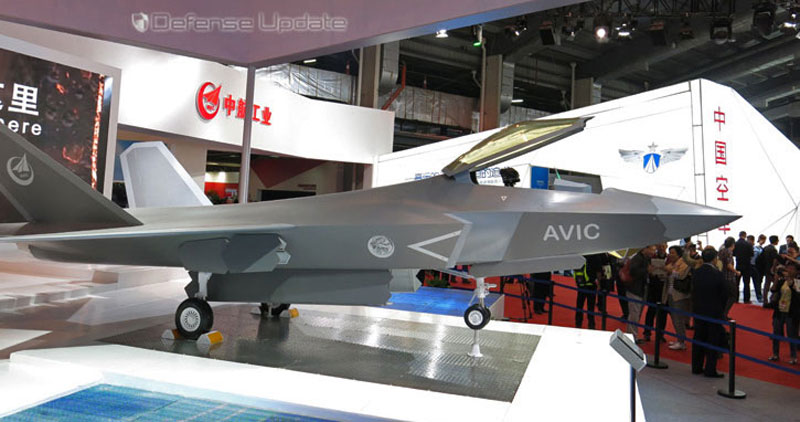 While the J-31 prototype was flying outside, AVIC has shown what the production J-31 stealth fighter could look like. Among the new elements shown were strengthened fuselage (the bow visible in the weapons bay, designed to strengthen the airframe, enabling carrier landing with full load). The aircraft is also shown with low-observable EO reconnaissance and target acquisition system, similar to a unit used on the F-35. Other photos depict the RD93 power plant used with the J-31, as well as the redesigned nozzles and tail section.