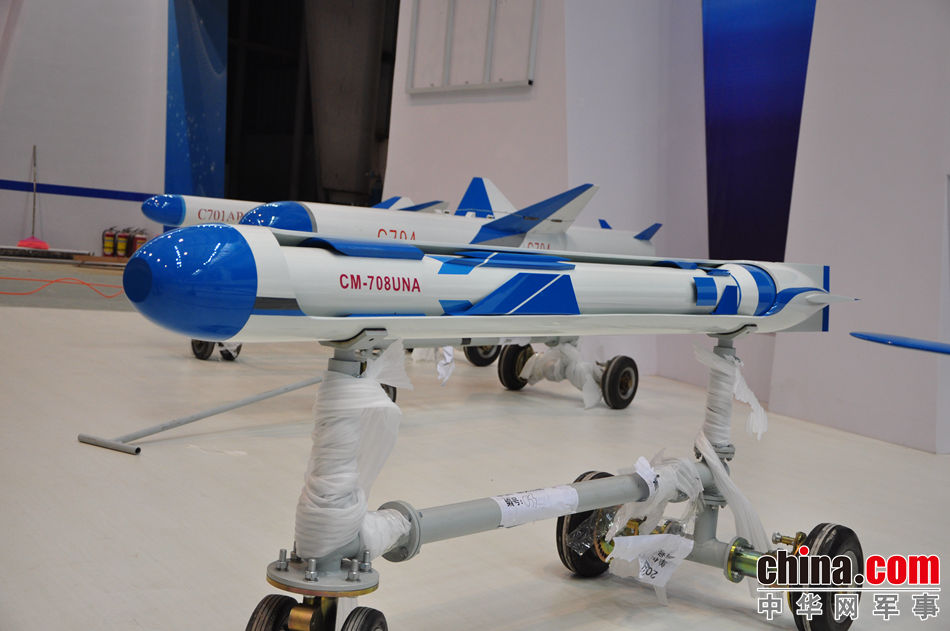 A cruise missile designed to be launched from attack submarines was unveiled today at Airshow China. The new missile, designated CM-708UNA, was developed by Aerospace Science and Industry Corporation (CASIC). Company sources confirmed the missile has entered production.

The CM-708UNA is launched by torpedo tube and is therefore adaptable to conventional submarines (not equipped with vertical launchers). The missile employs an inertial navigation and satellite navigation for mid-course guidance, using a radar seeker for terminal homing. The missile is powered by a rocket boosted turbojet engine carrying the missile to a range of 128 km.

Chinese submarines are already equipped with Ying Ji (C-801) submarine launched anti-ship missiles, which have also been exported to Pakistan. These missiles have a range of up to 42 km.