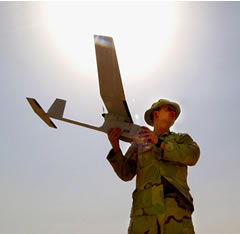 Miniature aerial systems are the smallest UAVs used by lowest tactical echelons and special operation forces to gather intelligence “over the hill” and “around the corner”. These systems include many small UAVs, such as Raven, Desert Hawk, Pointer and Dragon-Eye, used by US forces, Tracker (DRAC) bought by France and Aladin, used by the German Army, the Israeli Skylark and more. Unlike the relatively noisy short range and tactical UAVs, these platforms are simple to operate, and can fly 1- 2 hours missions covering a pre-planned route or responding to specific requests from the operator. They are very quiet as they are powered by an electrical motor. Even smaller Micro-UAVs such as TACMAV are currently deployed with Special Forces and will soon be delivered to regular US Army units.

New stabilized payloads equipped with high power zooms specially developed for such small UAVs, deliver imagery from very low altitude (200 meters or lower) that sometime equal the quality and details provided by standard UAV payloads. A major shortfall of such systems is the low quality imagery provided by non-stabilized payloads. Electronic stabilization provides partial solution for video imagery not for still imagery. These small platforms are highly sensitive to vibrations caused by buffeting and wind wind gusts affecting low flying aircraft. Field support of these systems causes significant logistical burden on small units. Such aircraft are frequently damaged on landing, sustaining high operational tempo requiring continuous feed of replacement parts. US Marines witnessed this problem in Iraq with their Dragon-Eye systems. Another issue of concern is obstacle avoidance. Since the mini UAV flies at very low altitude, special measures must be taken, especially when operating in an urban area or in rough terrain covered with high vegetation. 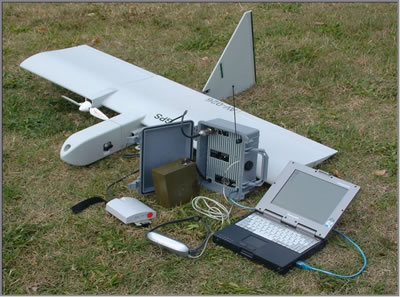