The Skylynx II unmanned air system meets the US Marine Corps’ regiment-level needs for “TIER II” (regiment-level) UAV system, as a simple to use, field deployable and portable system. The fixed-wing aircraft can be launched without a runway and is capable of carrying payloads weighing up to 70 pounds. It is powered by a UEL-741 engine, which is already in use with other UAVs, providing sufficient margin of power and performance to meet future needs. 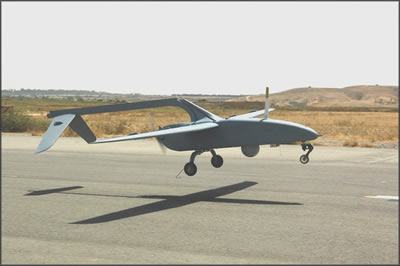 In August 2006 BAE Systems completed a series of tests on its Skylynx II unmanned aircraft system at Yuma Proving Grounds. During these test flights it met key requirements including acoustic performance, endurance, and payload capability for reconnaissance, surveillance, and target acquisition missions. The Skylynx II flew in a series of flight patterns to demonstrate agility. Using an integrated electro-optical/infrared imaging payload, the aircraft automatically located and tracked vehicle and human targets, transmitting coordinates to a ground station. 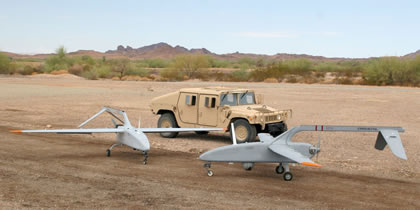