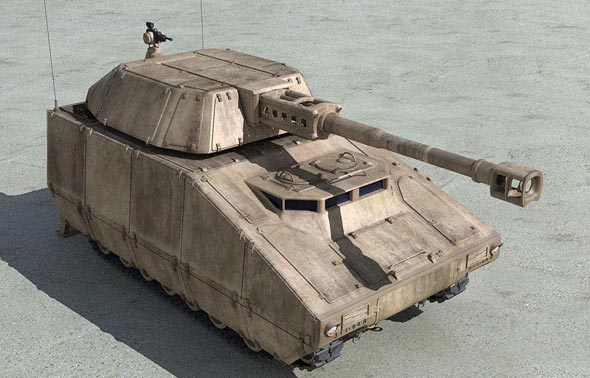 The mortar system and mortar platoon are designed to be highly flexible and agile in establishing sensor-shooter linkages supporting 24/7 availability of support fire, in all weather and terrain conditions at extended ranges. The Non-Line-of-Sight Mortar (NLOS-M) will provide fires in close support of tactical maneuvers that include destructive fires and special purpose fires. The system will be capable of firing Precision Guided Mortar Munitions, to destroy high payoff and most dangerous targets, and provide area suppression in support of Modular Force companies and platoons. The system will employ improved handling, loading and firing systems to accelerate the rate of fire. The mortar platoon will retain a dismounted 81mm mortar capability for complex terrain.

The system will support the Modular Force Combined Arms Battalions (CABs) maneuver units. The platoon will be capable of responding to fire requests on-demand to engage complex and simultaneous target sets. The systems will employ a network centric communications system to share intelligence and targeting information and fire control procedures to enable each system to pursue semi- to fully autonomous computation of technical fire direction, automatic gun lay, preparation of the ammunition for firing and mortar round firing.

Much of the advanced technology being developed for the NLOS Cannon is being incorporated into the design and development of other vehicles in the MGV family, such as the NLOS Mortar. The NLOS Mortar is being designed by BAE Systems to have an estimated 80 percent commonality with the NLOS Cannon chassis and mission equipment to reduce maintenance and logistics. A NLOS Mortar Firing Platform is expected to be delivered for testing and qualification in spring 2007. The Army plans for FCS first unit equipped in 2008 and initial operational capability in 2010.